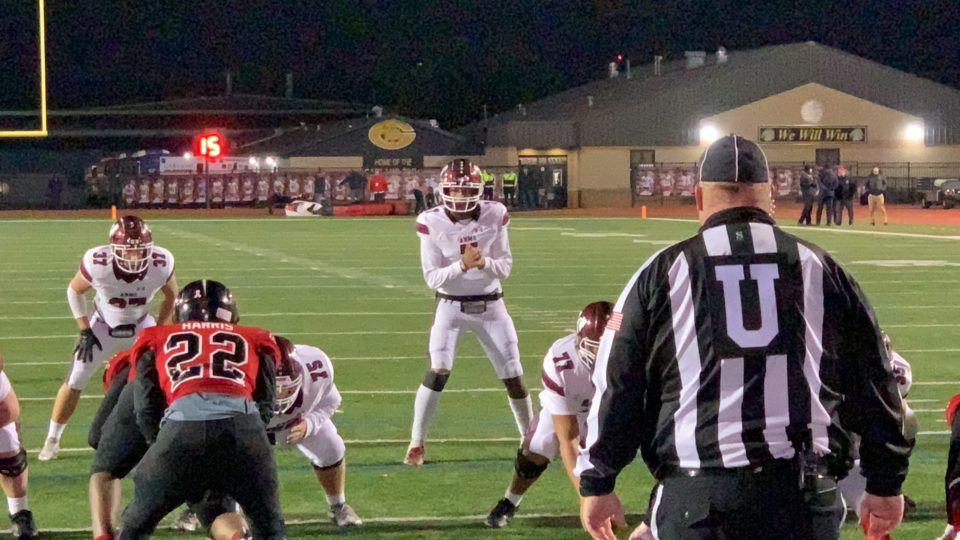 The Wylie Pirates clinched a playoff spot on Thursday evening after defeating the North Garland Raiders, 38-28. While the win locked up a postseason berth for the Pirates, the loss officially eliminated the Raiders. But they went down swinging by making the Pirates earn every bit of it.

The Raiders would jump out to a 7-0 lead early after Alex Garcia returned a Marcus McElroy interception for a touchdown. The first quarter would end with the Raiders leading 7-3. But McElroy would find Malik Ford for the first of three touchdown pass hook ups to make it 10-7 in favor of the Pirates to start the second quarter. The Raiders would regain the lead at 14-10 on the ensuing drive, thanks to Sabron Woods’ 4 yard score. McElroy and Ford would get together for their second touchdown, giving the Pirates a 17-14 lead on the very next drive but the Raiders would continue to fight. Timmy Gauthier would find Jarquise Parker on a fade route for a 23 yard score with 6 mintues to go before halftime. However, a 6 yard pitch and catch from McElroy to Ford with 11 seconds remaining before halftime would make it 24-21 in favor of the Pirates and they would never trail again.

McElroy would add 2 rushing touchdowns in the third quarter to round out the scoring for the Pirates and end his night with 308 total yards (257 passing, 51 rushing) and 5 total touchdowns. Gauthier (123 yards passing) would add a second touchdown pass in the 4th quarter, finding Garcia on the receiving end. Garcia would end his night with 2 interceptions and 2 touchdowns on both sides of the ball while Woods would lead the Raider offense on the ground with 138 yards and 1 score. Ford (6 receptions, 129 yards, 3 scores) would out duel Parker (5 receptions, 70 yards, 1 score) in the receiving department.

Wylie (5-4 overall, 5-1 district) will host South Garland next Friday and a win will lock up the 10-6A district title for the Pirates. North Garland (5-4 overall, 2-4 district) will visit Garland High at Williams Stadium next Thursday and try to end their season on a positive note. Both games are scheduled for a 7PM kickoff.

Allen vs Prosper Live Broadcast by The Old Coach

Marcus becomes the 6-6A district champions