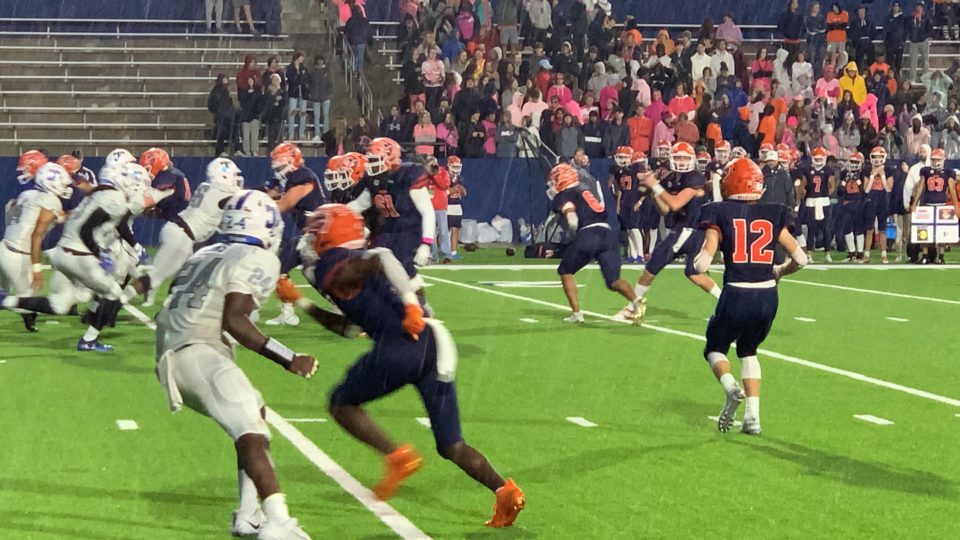 Kitan Crawford rushed for 309 yards and 4 touchdowns on Thursday night. But it wasn’t enough as the McKinney North Bulldogs defeated Crawford and the Tyler John Tyler Lions, 36-28 at McKinney ISD Stadium.

The Lions would get on the board first when Crawford scored his first touchdown of the game from 16 yards out. A Travion Ates interception set up Crawford’s first score before the Bulldogs tied it at 7 just a few moments later on a Dillon Markiewicz pass to Noah Ford. It was 14-7 Lions just a minute later due to Crawford racing 80 yards for his second touchdown of the night. The Bulldogs quickly moved into Lion territory and were in prime position to tie it. But Shiloh Canady would pick off Markiewicz to end a promising drive for the Bulldogs. The Lions seemed ready to seize control of the game but, the Bulldog defensive line would wrap up Jakyron Lacy in the endzone for a safety to make it 14-9 and round out the scoring in the first quarter.

The defenses from both sides would carry the momentum that they ended the opening quarter with into the second quarter, both halting drives and keeping one another off the board. However, with 4:09 left before halftime, Crawford would race 78 yards for his third score of the night to make it 21-9 Lions. The Lions were once again ready to take control of the game for good. But running back Manny Fincher would make it 21-16 after a 48 yard touchdown run. After another great defensive stop, the Bulldogs would take their first lead of the game when Markiewicz would score from 16 yards out to make it 22-21 with 59 seconds left before halftime and that’s how the first half would end.

The Bulldogs would outscore the Lions 14-7 in the second half, with Markiewicz finding Sean Monsour on the backend of a 41 yard touchdown pass and Fincher scoring his second touchdown of the night on a 61 yard run. Crawford would add a 1 yard score to round out the scoring for the Lions.

Westlake vs Lake Travis | Battle of the Lakes 2019 Highlights