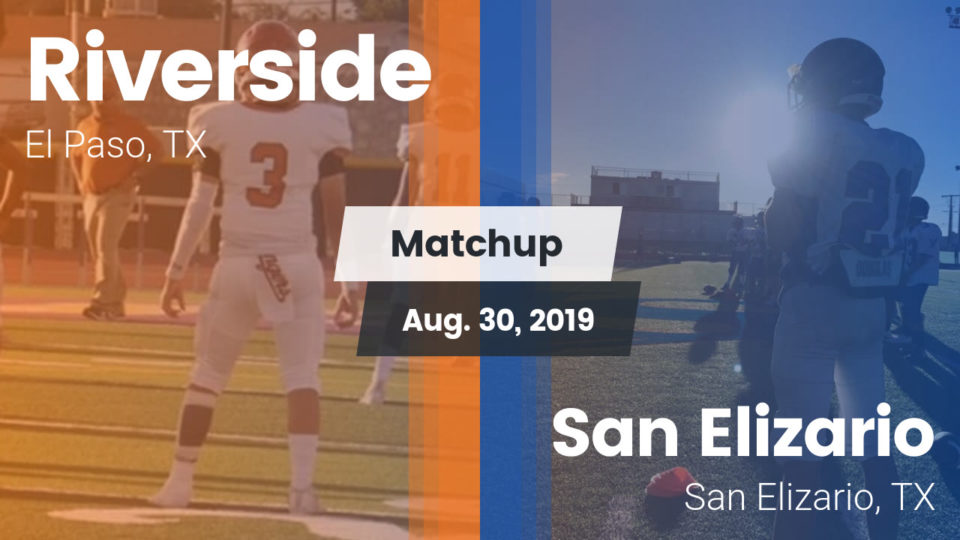 After a scoreless first quarter, it was San Elizario’s Raymond Acevedo who took control in the 2nd quarter. Acevedo ran with a sense of purpose, leading to a 1-yard touchdown run by his quarterback, Junior Saucedo.

At half, San Elizario looked to be in control with a 7-0 lead.

Acevedo picked up where they left off in the 3rd quarter as Acevedo ran all over the Ranger defense. He would run in a 9-yard score, making the score 14-0 San Elizario by the fourth quarter.

The Rangers bent, but they would not break.

Riverside finally got on the scoreboard as QB Isaac Maruffo found TE Frank Estrada in the back of the end zone for in a 19-yard dagger.

With nine minutes remaining, the Rangers defense came up big, forcing the Eagles to punt. On their ensuing possession, Riverside drove the ball downfield with a mission.

In the red zone and with high stakes, Marrufo would call his own number for a 7-yard touchdown run.

Tie ball game with four minutes left on the clock.

Continuing their ground-and-pound approach late, San Elizario would cough up the ball and the chance to retake the lead. A fumble recovery at about San Elizaro’s 25-yard line rewarded Riverside with opportunity.

With three minutes remaining and with momentum shifting in Riverside’s favor, Coach Recoder went for the end zone. In short time, Marrufo found WR Josh Lopez for a 25-yard touchdown pass, giving the Rangers their first lead of the night.

On their next drive, San Elizario had time on their side with over three minutes to use up. But Riverside’s 21-point onslaught proved to be too heavy to combat. San Elizario would fail to convert on 4th-down-and-long, sending out the Ranger offense in victory formation.

In a second-half comeback effort, Riverside defeats San Elizario by a score of 21-14.