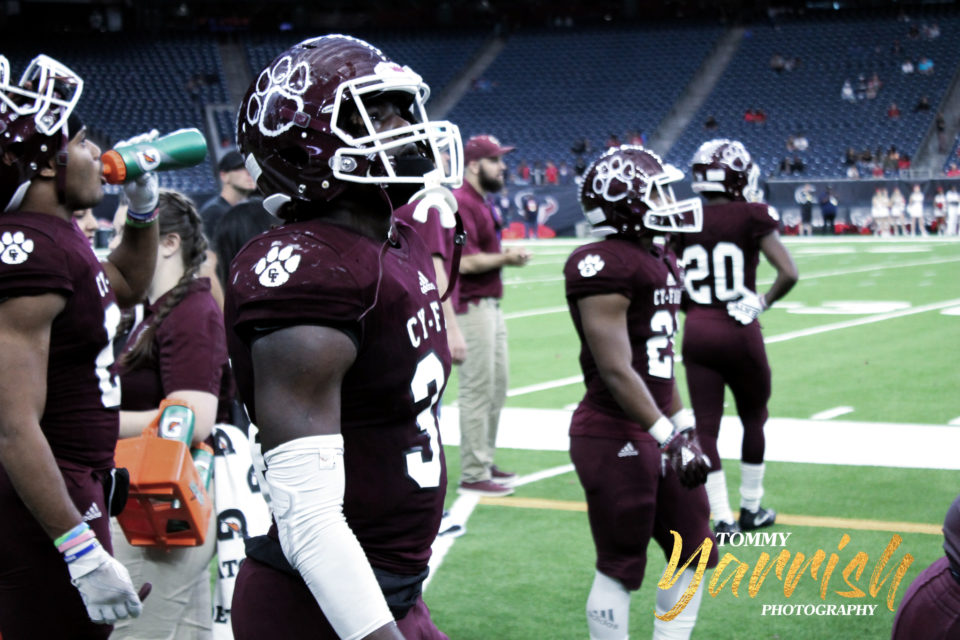 The marquee matchup in Houston tonight features the Cy-Fair Bobcats and the Cy Falls Golden Eagles, as the undefeated teams look to capture the top spot in the district.

Two years after a state title, Cy-Fair has shown no signs of slowing down. Running back L.J. Johnson leads the Cy-Fair offense, as he’s rushed for 389 yards and nine touchdowns in the first four games this season. Quarterback Carter Cravens has also stepped up for the Bobcats, throwing for 505 yards and four touchdowns with no interceptions. It’s the defense that’s been stellar for Cy-Fair since their state win, and defensive back Payton Tally has had a great year so far, leading the team with 18 tackles and a pair of interceptions. Linebacker Hunter Warren has been making his way into the pocket easily, with two and a half sacks on the year.

For Cy Falls, running back J.P. Martin has been on fire thus far as he’s rushed for 548 and four touchdowns. When he’s not in, running back Jaylan Walker has also had a nice season, adding 246 yards and a touchdown to the Cy Falls run game. Quarterback Brandon Collins is also in his bag, throwing for 704 yards and seven touchdowns in the first five games. Defensively, Dontrell Kelley is all over the field, as he’s got 31 tackles and three sacks heading into week six. Ricky Johnson has also contributed in the secondary with two interceptions.

Cy Falls pulled off the upset win last year 14-7, and they’ll look to pick up another win against their district rivals at Pridgeon Stadium on Friday, October 4 at 7 p.m.

Marcus defense holds the Vikings to 7 points on the victory