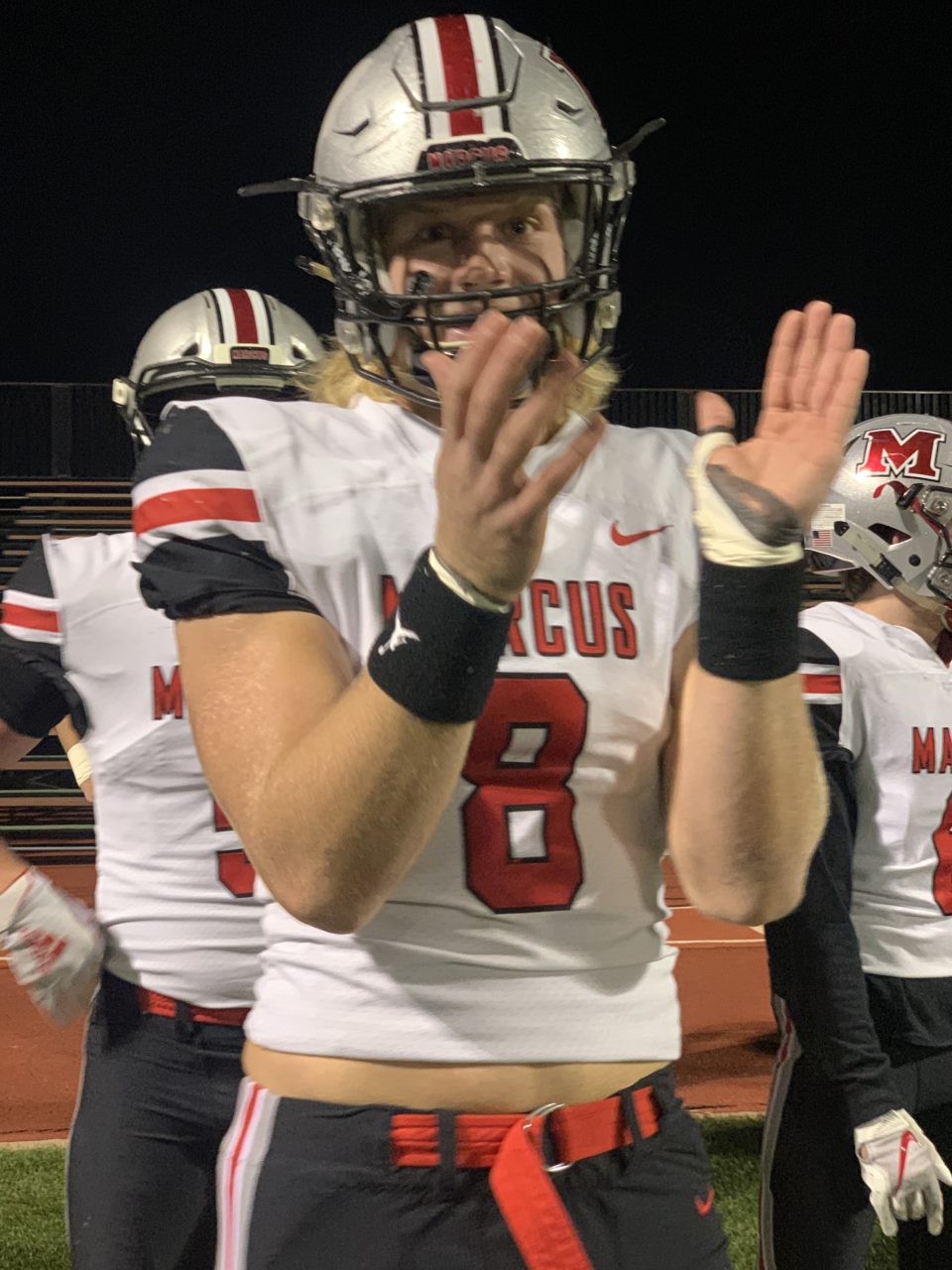 The Marauders’ offense will be tested against the fast and furious Keller Central Chargers’ defense tomorrow night at 7:00 p.m. in the Marauder stadium. The team hasn’t had a playoff game at home since 2015.

“It’s very good — to our advantage,” senior linebacker Ethan Barr said. “We have all of our home fans, and we’re used to the environment. So I’m really excited about that and I think everyone else is too.”

The Marauders’ offense is going into the game after a big win over their rivals, the Lewisville Farmers, last week at the Battle of the Axe. Junior Garrett Nussmeier got over 400 passing yards and five touchdowns, making him the passing leader in the 6A district. The team has an average of 343 passing yards per game with 6.8 yards a play in the last four games. The rushing attack is going strong with an average of 157 yards in the last four games.

“Nobody has been able to stop us yet,” Nussmeier said. “Hopefully, we keep the momentum that we have created these last nine games.”

As the Marauders prepare for the Bi-District round of the playoffs against Keller Central they look to keep improving. I got to talk with @atkinson_kevin,@Ethan_BARR10 and @Garrettnuss13 about the upcoming matchup. @Marcus_HS @MarcusRedNation @MarcusFootball pic.twitter.com/tNFppSqLyU— Samson George (@Samson17George) November 14, 2019

The Chargers are ranked 52nd in the 6A district. The defense has been a strong suit for the team. They have an average of 88 tackles a game with 40 sacks on the season. The secondary has been making plays as well, getting 14 interceptions on the season.

Keller Central senior linebacker Miles Skinner has had 67 solo tackles with 12 sacks on the season, one of which a fumble. Senior wide receiver and defensive back Davon Graham ii has played a large role in the Chargers’ defense, recording five interceptions and 22 total tackles.

“We look at alignments and seeing weakness in their defense and trying to exploit that,” head coach Kevin Atkinson said.

Many players say that the playoffs are like a brand new season. Even though the regular season matters, it’s all about what can you do in those four quarters to get the win.

Nobody on the Marauders’ team has taken part in a high school football playoff game, so it will be a new experience for the group. However, the team feels that if they continue preaching the statement “just go 1-0,” they can get a win over the Chargers.

“We just [have] to keep getting better,” Atkinson said. “If we play our best and lose I will be happy, but at the same time, I just want to improve.”