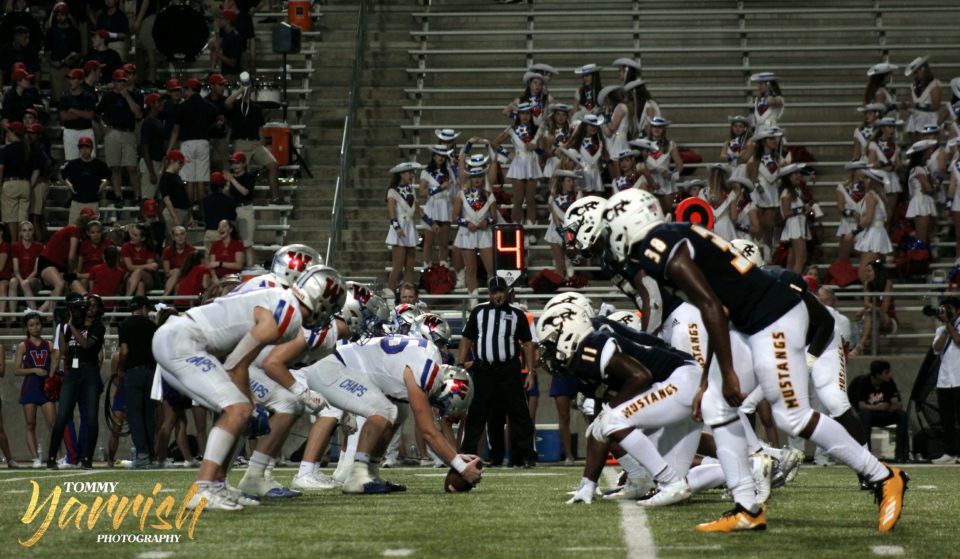 Westlake High school is the home of champions. They hold 37 state championships in sports ranging from baseball to girls swimming to even rugby. They only, however, hold one state title in Texas’ most popular sport, football. A 5A title in 1996. The 2019 Westlake Chaparrals look to make it number two.

Westlake in the past five years is 62-9, making it to at least the regional finals every year, and even making it to the state championship game in 2015 before losing in overtime to North Shore.

The Chaparrals are 10-1 now this season with their only loss being by one-point on the road to rival Lake Travis.

Westlake has been as dominant as you can be over a five-year stretch but the one thing that continues to elude them is the Texas state championship.

The 2019 Chaparrals look to amend those teams and bring home Westlake’s 38th state championship as a school.

The Chaparrals are winning by an average of 41 points a game. They’re scoring more than 50 a game whilst letting up only nine. Only twice all season have they allowed an opponent to score double digits in points.

One of the standouts of this Westlake defense is senior defensive back Sage Luther. Luther on the season has 63 tackles and one sack as well as leads his team in interceptions and passes defended with three and six respectively.

“Working hard throughout the week and trying to perfect my craft each week,” Luther said. With a great film study and preparation, I’m able to be in good positions to make plays on Fridays

The key to the Westlake winning formula? – “Not having any selfish people,” Luther added.

The offense is led by senior quarterback, Kirkland Michaux who’s completing over 70% of his passes for 1,720 yards and 24 touchdowns. His most lethal offensive weapon? Senior wide receiver Ryan Lindley.

Lindley has hauled in 72 passes on the season for just under 1,000 yards and an insane 17 touchdowns in 11 games.

“We have a lot of talented playmakers on offense with quarterbacks that do a great job of spreading the ball around.” Lindley said “Having to sit out from varsity last year I’ve played with a chip on my shoulder all season.”

Lindley believes the key to the Westlake formula is – “Not growing complacent.”

“Coach Dodge has really emphasized that even though we’re 10-1 we still haven’t reached our potential and have lots of room for improvement.”

Coach Dodge is a legend among Texas. He was the former quarterback of the University of Texas in the early 1980s and has been coaching ever since graduating starting with being Rockwall’s QB/WR coach in 1987.

After bouncing around all of Texas and even winning four state titles in five years at Southlake Carrol, Dodge eventually found himself back home in Austin, to bring Westlake to the promised land.

“The playoff atmosphere is different and each game has a little more on the line,” Lindley said. “Steele was a very talented team with great players so winning this game was special as this is the last time we will play at our home field.”

“Obviously Steele was a great team, so to beat a team like that in the first round feels terrific,” Luther added. “Hopefully it gives our team more confidence leading forward.”

“Every team left in the playoffs is very talented and we will continue to respect each opponent,” Lindley said. “Our defense has been playing outstanding all season and we need to start holding up our end of the bargain offensively as we were stagnant at times out there.”

“Going forward in the playoffs we are just trying to play as long as possible and keep the family together,” Luther added.

Westlake has a streak of four consecutive games of allowing opposing offenses seven points or less. They’ll need Sage Luther and the rest of the defense to continue that streak to stop Brennan.

Ryan Lindley leads a team that has a streak of five consecutive games of 30 plus points and looks to continue that throughout the playoffs.

“We are going to take it one week at a time as that is all we are guaranteed from here on out,” Lindley said. “We have a very selfless team with guys that are willing to do whatever is asked of them.”