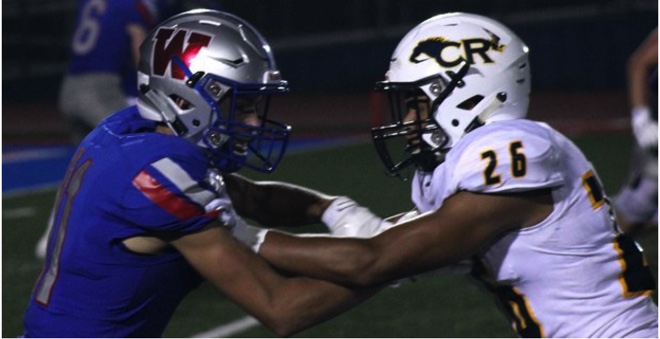 Down 21-3 in the 3rd quarter, Cy-Ranch busted out the gates and left Westlake in the dust. 22 unanswered in the 4th allowed the Mustangs to capture the win.

Things seemed to be much of the same in the second half as Westlake was the first to crack the board after the break on Anderson’s lone passing touchdown of the night.

That would be it from there, however, as Cy Ranch went on a scoring rampage in the fourth quarter. It all started with a botched snap on a Westlake punt that resulted in a safety, followed by a Logan McDougald touchdown pass to cut the deficit to 21-11.

Cy Ranch RB Elias Pino scored two touchdowns with less than 8 minutes left, including the game-winner with 53 seconds remaining, to give Cy Ranch their only lead in the game.

Knights defeat rival Carter to get revenge from 2017 beatdown