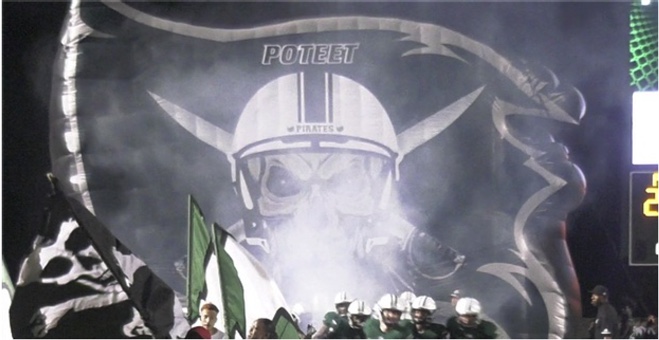 Waxahachie Football sunk quicker than the Titanic on Thursday night in Mesquite.

Except this time, it wasn’t an iceberg that struck the Indians. It was the Poteet Pirates.

It was an uneventful affair at Mesquite Memorial Stadium on Thursday. And a depressing one for the visitor side.

From the very get-go, the Pirates’ firepower was too much for the Indians to handle. Seth McGowan steered the ship as the coveted 2020 RB recruit found land in the end zone four times, carrying Poteet to an eye-opening 48-7 wallop. And going forward, he “doesn’t want the three or four yards.” He wants more.

Unsurprisingly, Poteet head coach Kody Groves loved what he saw out of his Pirates. While a season-opening Denton Ryan loss is still remembered, Thursday’s win gives the Poteet a glimpse at a bright future. However, in his mind, Groves is “treating it like they’re 0-0”

Lovejoy vs Aledo | 2018 Area Round Highlights