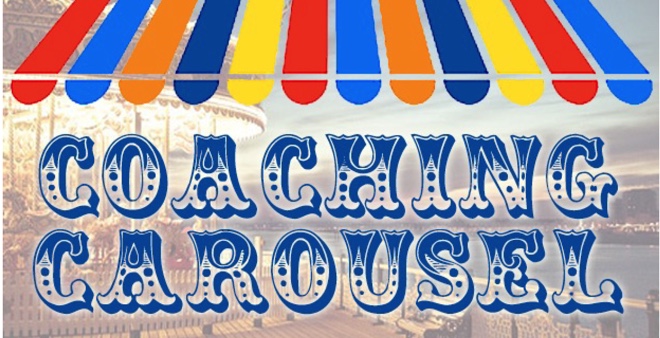 Round and around the Texas HS Football Coaching Carousel goes! Hold on and follow the latest coaching hires from across the state.

Note: This list is composed of 6A and 5A coaching changes in Texas High School Football and will be continuously updated by The Old Coach’s Nick Walters and Jonathan Rodriguez to reflect the latest news.

Dwayne Lane has previous ties with Clear Lake where he had previously been on staff as an assistant to Darrell Warden who is retiring after 13 years. Lane is coming from South Houston where he helped lead the program to two playoff appearances in the past two seasons.

In his five years at South Houston, Lane went 15-35 with last season being their most successful year by reaching the 5-win mark.

Clear Lake has experienced a good amount of success in their past eight seasons by reaching the playoffs in seven of them with Lane focused on strengthening the program to produce deeper playoff runs.

Wylie East began their first varsity season in 2010 with Lepsis at the helm. Wylie East will now see their only coach up to this point depart for New Braunfels Canyon.

Compiling a 51-39 record with two regional semifinal appearances, Lepsis looks to replicate his former success at New Braunfels Canyon who went 2-8 last year and have yet to make the playoffs since 2013.

Cedric Hardeman inherits the reins of the Conroe program following the retirement of Robert Walker after five years with Conroe.

Marichalar spent the last five seasons at Edcouch-Elsa where he went 37-21 during his tenure and garnered four playoff appearances with a district championship title in 2013.

Marichalar replaces Matthew Rokovich who was at the helm the past two years. Donna North began playing at the varsity level in 2013 and currently hold a 6-40 overall record as a program.

Chad Simmons has spent the last 18 years at Cinco Ranch and has held the position of defensive coordinator since 2004.

Interim coach Joe Sheffy then led Katy Taylor to a 6-4 record and an area round playoff appearance. Simmons is highly regarded as a defensive specialist with his former Cinco Ranch defenses allowing only 19.5 points per game during his time as a defensive coordinator.

Tom Lee has not been a head football coach in four years however he sticks with familiar territory as Lee will be taking over the program that he has served as the athletic coordinator for the past couple of years. Lee takes over for Jason Wheeler who helped Sharyland Pioneer make the playoffs the past two seasons. Lee looks to take it a step further however and help Pioneer gain their first postseason victory as a program.

Chad Dunnam takes over for Mel Maxfield who retired after eight years with the program after producing a 68-29 record during his tenure. In five season with Dumas, Dunnam went 31-22 and posted a 9-2 record last season which included a victory over Amarillo who finished 2017 at 6-5.

Chris Ross is heading back to the world of Texas High School Football after spending the last two years as the director of program development for the FBS Division-I program Boise State.

Ross has 21 years of experience as a coach and athletic director with his last head coaching stop being at Prosper High School. Ross had also been a coach at Leander, Cedar Park and Wichita Falls.

Bradley Chavez was hired back in December and replaced Joe Marichilar who compiled a 37-21 record in five seasons.

Edscouch-Elsa finished 2017 with a 5-5 record and missed the playoffs for the first time since 2009.

Chavez comes over after spending one season at Santa Gertrudis Academy with previous stints at John Paul II and Texas A&M-Kingsville as an assistant coach.

Chavez also played professionally for the Cleveland Browns and in the Arena Football League.

Matlock had spent 13 years as the assistant athletic director for Everman ISD. Everman finished the regular season at 6-4 last year and clinched the District 9-5A title outright.

Robinson started the Krum football program in 2008 and led Krum to a 9-2 record in 2012 which was their debut season in UIL competition.

Richie Pinkard returned to Mount Pleasant in December 2017 after serving as an offensive coordinator from 2008-2010.

Pinkard spent last season as an assistant on Ennis and prior to that was the head coach at Callisburg from 2012-2016.

Pinkard compiled a 31-23 record including a co-district championship in 2012 and a region semifinal appearance in 2015.

Hawks soar into Round 4 | Birdville vs Grapevine 2018 Regional Highlights