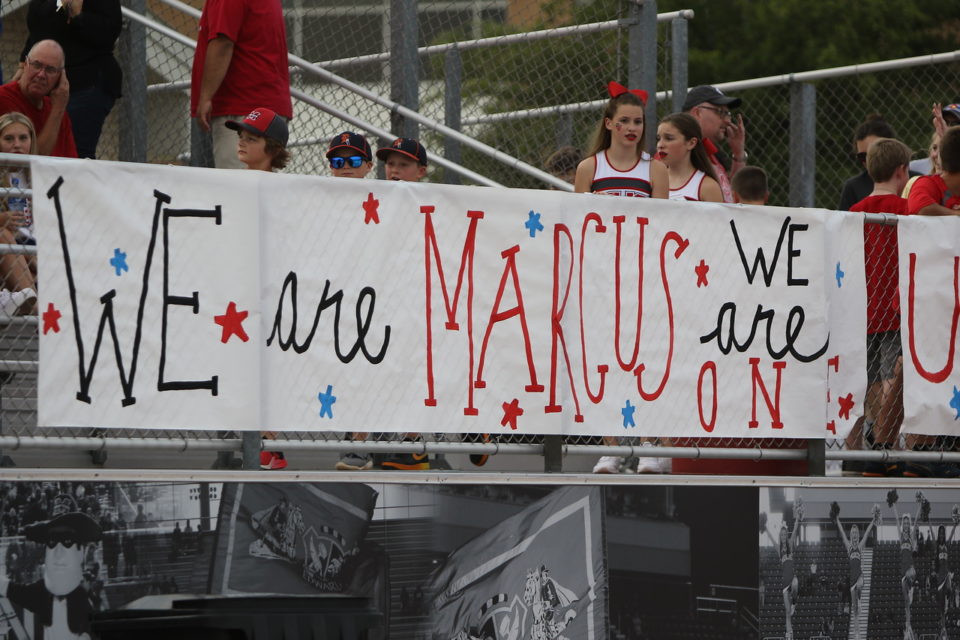 The Farmers are currently undefeated, but they haven’t played anyone in the top four of their district yet. These teams are Grand Prairie, whose record is 0-3, Sam Houston and McKinney Boyd, who are both 1-2.

Key stats- The Farmers won 10 out of their last 11 games.

Hebron Hawks (2nd in the district)

The Hawks’ first two games were up against Plano and Martin, both of which are in the top four of their district.  Fossil Ridge’s record is 0-3 and are 7th in their district.

Marcus Marauders (3rd in the district)

Both Marcus’s wins have been against teams that have a 1-2 record,with their only loss coming to the 2-1 Arlington Bowie

Key Stat – QB Garrett Nussmeier is coming off a 5 touchdown performance against the Indians with running back Ty’son Edwards finding the end zone four times.

Flower Mound’s first two games were against teams with a record of 0-3.

Key stat – Senior quarterback Blake Short has thrown 11 touchdowns and is averaging 14.1 yards per pass after the first three games.

Coppell Cowboys (5th in the district)

Key stat – All of their matchups ended as  one possession games, most of which they lost by was 7 points.

Nimitz Vikings (6th in the district)

Both games the Vikings lost were to teams with a 2-1 record.Newman Smith is a 0-3 team and ranked seventh in their district.

MacArthur Cardinals (7th in the district)

The Cardinals haven’t gotten their first win of the season yet. Garland,McKinney and Bell all have a record of 2-1.

Irving Tigers (8th in the district)

Both Kimball and North Garland are undefeated at this point in the season. Paschal currently has a record of 1-2. The Tigers lost their last two games by 20 or more points.

Key stat – The team has thrown eight interceptions and is averaging under 200 passing yards per game.