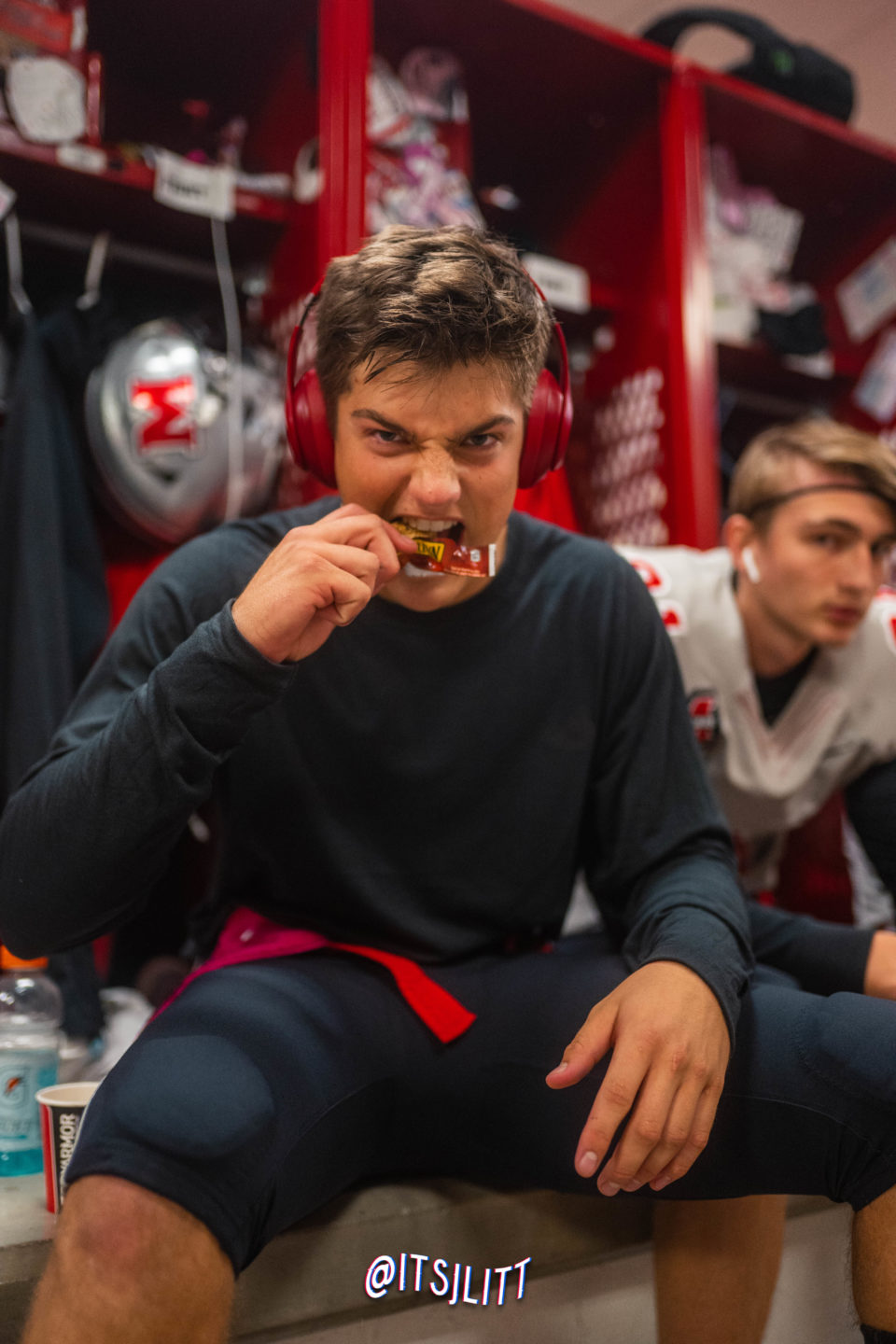 The Marauders will head on the road tomorrow at 7pm to take on the Flower Mound Jaguars in the annual Mound Showdown game.

“It’s a big week. Flower Mound, Battle of the Mound, it’s going to be a big game,” sophomore safety Zach Ohlemeier said. “We’re going to a tough team, but we’ve had a good practice and we’re ready.”

The Jaguars currently have a 3-1 record in the district. They lost their last game to Hebron 31-11.

Their offense is run by senior quarterback Blake Short, who is coming into this game with 19 touchdowns and one interception with 1711 passing yards. Their starting running back is senior Peirce Hudgens. He has eleven touchdowns, two of which are 100+ yards. Their receivers have 20 touchdown catches combined.

“They like to throw it around, they’re very good at it,” head coach Kevin Atkinson said. “[Blake] is a very talented quarterback, we have got to disrupt his timing a little bit.”

As for the Marauder offense, the crowd can expect to see senior starting running back Ty’son Edwards back from his injury. Edwards missed the last two games after his leg injury in the Hebron game however junior linebacker and running back Tyler Gainey stepped in. He recorded 92 rushing yards with one touchdown last week against Coppell.

The Jaguars’ defense has an average of 63 tackles per game, which is above the national average. They have a combined total of 15 sacks on the season and three interceptions. The most points they have given up in a game was to Prosper, who they lost to 57-34.

“They’re very talented up front,” Atkinson said. “Their linebackers are really good, while their secondary is pretty stingy. It will be a tough night for us, we just have to execute and play one play at a time.”

If the Marauders come out on top of the Jaguars they will secure themselves a spot in the playoffs.  However, if they come away with a loss, the team will still have a chance to lock it up against Macarthur and Lewisville. It’s a must-win game for Flower Mound if the team losses it will cause the team to fall down to the 5th seed. Additionally, it’s still a rivalry, so the teams are always going to want the win no matter the situation.

“Let the town rivalry take care of itself, let them worry about that,” Atkinson said. “Let’s play football. Let’s not worry about that and win the game we’re going to play on Friday.”

Choosing the best Latina Women of all ages For Marital life