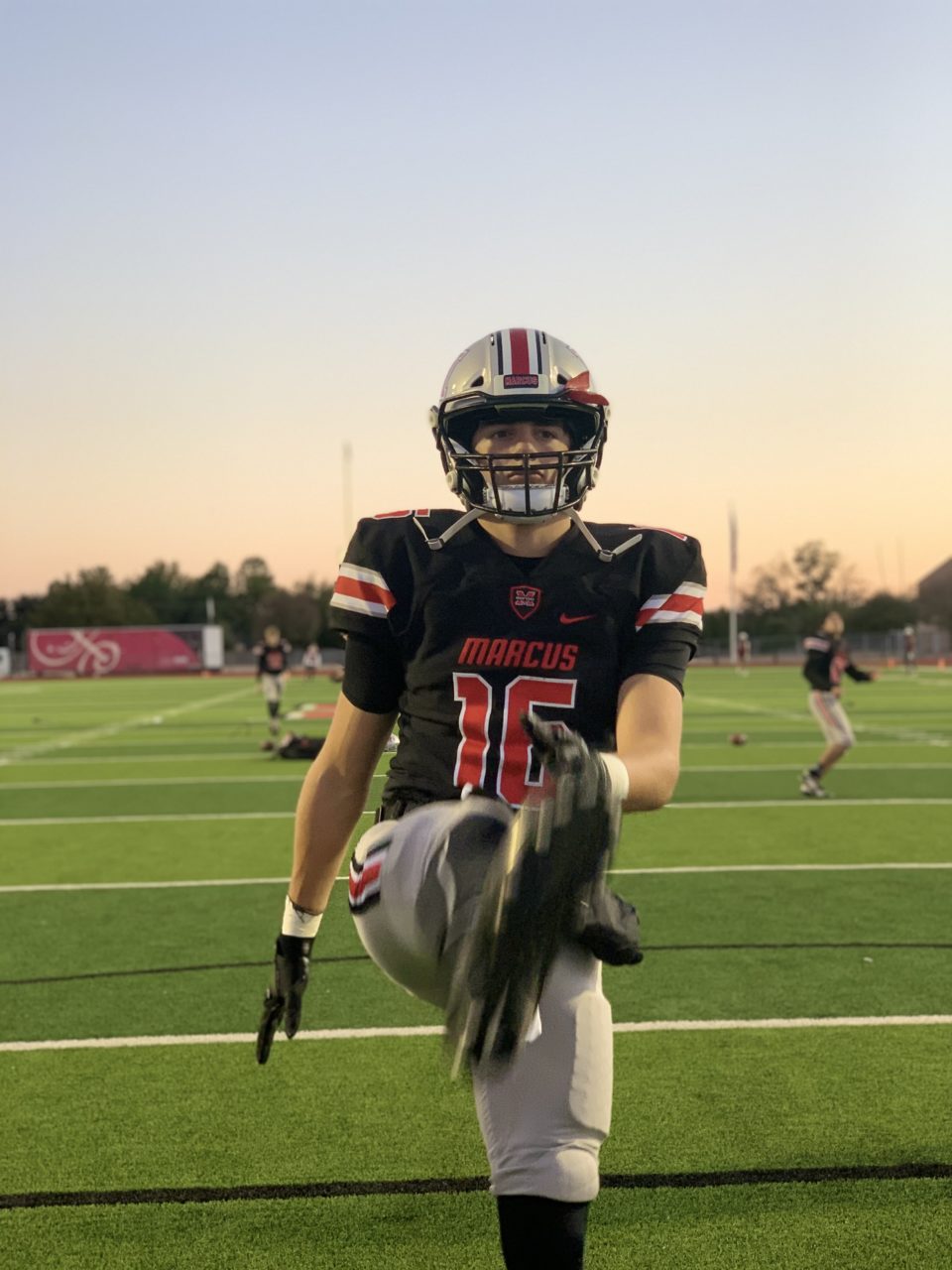 The Marauders looking to stop a dominating rushing attack from the Lake Highland Wildcats in the Area Round of the playoffs. The game will take place tomorrow at 1 p.m. at The Star in Frisco.. The Marauders are hoping to    keep up the momentum they have from their 34-7 win against the Keller Central Chargers last week.

The Wildcats are coming into the game after taking down Mansfield Summit 35-19 last Friday. They got the win by effectively moving the ball on the ground . The team only threw four pass attempts with one of them being a 27-yard touchdown.

However, the Wildcats had 45 rushing attempts and ended the night with 296 yards on the ground. Sophomore quarterback Mitch Coulson had the most rushing attempts with 25. He also had 158 rushing yards and three touchdowns with his feet. This means that the Wildcats’ offense calls a lot of read-option plays. If the Wildcats get the run game going early, it could be a problem for the Marauders.

“We got to come up and make tackles,” senior linebacker Michael Carignan said. “Keep the quarterback inside the box and play run first, then pass.”

Area Round games are played in a neutral stadium, which is  the Dallas Cowboys practice facility in this case. The game will be broadcasted on TV, so the stage will be the biggest so far this season. While this can be distracting for some teams, the Marauders know that if they want to be tough to beat, they can’t lose their focus.

“At the end of the day, it’s just a football game,” Sturdivant said. “No matter when or where were playing its the same game, the same goal.”

This game is being played on a Saturday rather than the usual Friday, so  the Marauders will get an extra day to prepare. Most teams will be taking time off or working on mental reps. The Marauders aren’t planning on practicing all out with full pads, however they are  going to go through walk-throughs and watch films of previous games.

The team will also continue its motto of going “1-0” and “staying hungry”.

“We’re just like a brotherhood so we continue to fight with each other,” Carignan said. “We’re starving so…we’re still hungry.”

Exactly what are Dating Websites?