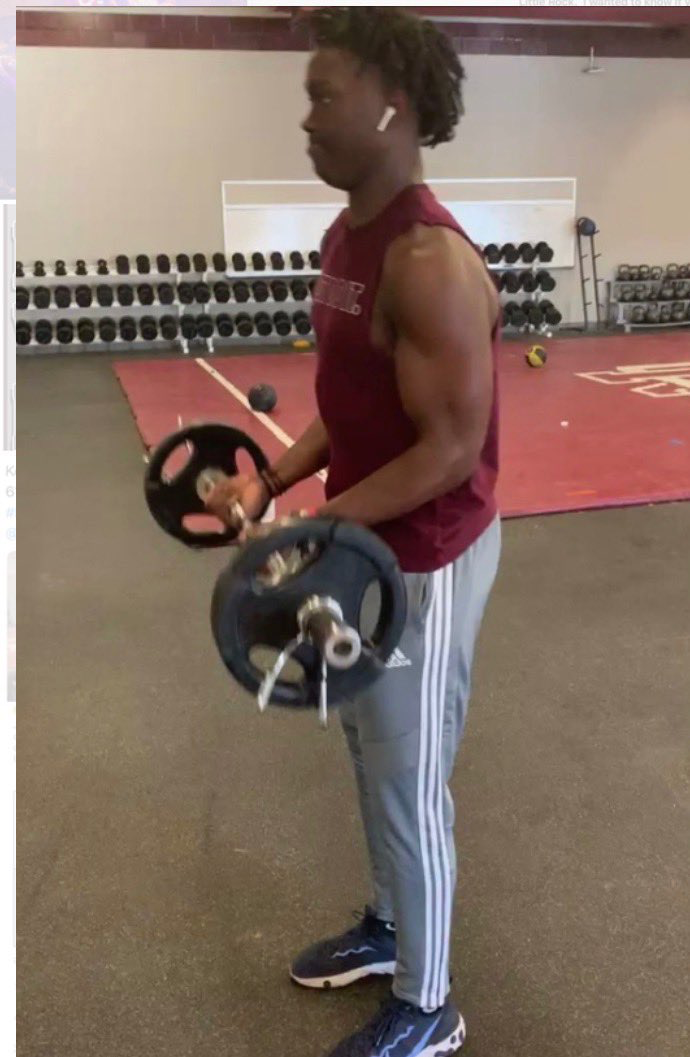 Red Oak had a brilliant year, finishing 11-2. Their only two losses came to Braswell in the season opener, they would go on to redeem that loss in the playoffs. Their only other loss was to the 5A D2 state champion Aledo.

Red Oak in 2020 will return its star quarterback, Josh Ervin, who threw 39 touchdowns as well as a plethora of its other offensive weapons. One under-the-radar name everyone should keep an eye out for is tight end/ wide receiver hybrid, La’Kelsey Johnson Jr.

The 2022 athlete had a tremendous year as just a sophomore in Red Oak’s potent offense. In 10 games he recorded 17 catches for 447 yards and eight touchdowns. All three marks were third-best on the Hawks.

“The main factor when it comes to my personal success is how I was raised. School and taking care of business in the classroom will forever be my number one priority and that’s not only the standard in my household but also the standard for my entire family,” Johnson Jr. said. “When meeting someone new the first thing they’ll ask is, ‘What do your grades look like.’ Football is a game where every person on the field has responsibilities, therefore I strongly believe my ability to take care of my job comes from my strive to get things done in the classroom.”

Johnson Jr. is a three-star tight end in the 2022 class via his profile on 247Sports. He’s ranked as the 66th best player in the state of Texas, based on those rankings. Johnson Jr. recently received an offer from Colorado to go with his other four offers from Kansas, Hawaii, Illinois State, and New Mexico.

“It’s nothing but a blessing from the lord above. Yes, it does feel great to be one of the only people in the world with this sort of opportunity, but without God none of this is possible. I consider myself a very humble person, so even though I might celebrate and be happy about certain achievements I always return back level headed because I’m grateful and never like to take things for granted,” Johnson Jr. explained.

Red Oak is home to four state championships, one in boys soccer in 2003 and three in volleyball (1992,1995,2002.) Red Oak’s football program despite recent success, hasn’t reached the mountain top just yet.

Just a few years ago in 2014 and 2015, they had back-to-back winless seasons. After five wins in the next two years, Red Oak has rattled off an impressive 20-4 record the past two years.

Red Oak, with all its returning talent, should have another wildly successful season.

“The culture of Red Oak is to ‘Chop Wood and Carry Water.’ This phrase represents the daily sacrifice required in order to get at least 1% better every day. The phrase comes from the book ‘Chop Wood Carry Water’ by Joshua Medcalf. The book is about the process of becoming great. The example they used was a guy named John who wanted to be a great archer and samurai. Everyone wants to jump straight to the fun advanced things that’ll make you look cool but never want to get the little things down packed that make the big things possible,” Johnson Jr. said. “Think about a Lamborghini, the outside of the car looks amazing but it takes hundreds and hundreds of pieces aka little things to make the car one big success and the same goes for the human body. The mind and body is a machine. Trusting the process isn’t always fun as there might be a boring stage or something you hate doing but it all is worth it when all of those little things come together. That’s why being great is rare, because not everyone has what it takes to grind and sacrifice their time to separate themselves from their peers. Being an athlete isn’t as easy as it seems and everyone can’t take what comes with being an athlete. ‘Chop Wood Carry Water’ and continuing to pound the stone to success is the standard of Red Oak.”

Red Oak in 2020 makes the transition from 5A D2 to 5A D1. Last year they went a perfect 7-0 in district play. This season they’re slated in a district with Burleson Centennial, Colleyville Heritage, Mansfield Legacy, Mansfield Summit, Midlothian, Birdville, and Richland. A district chock-full of playoff-caliber teams from a year ago.

“The number one goal for Red Oak is to build a brotherhood and set an everlasting standard for the future of Red Oak football. Some people might ask, ‘What about a state championship, district championship, or going 16-0.’ A state championship lasts one season, however, a brand, a brotherhood, and the life lessons you learn from football can be passed on for a number of generations. Becoming a great man should be everyone’s number one priority. Trust me, we will still compete night in and night out to be the best team we can possibly be. We fell short in 2019, and we plan to lift the spirits of this city from this traumatized 2020,” Johnson Jr. explained.

Red Oak has a lot to build on from their recent success. They have all the tools to make some noise in 5A D1. However, like Johnson Jr. said they’re more focused on becoming better men off the field then becoming great on the field. It’s a belief that we should all take to heart.

Johnson Jr. looks to become a star at Red Oak and will undoubtedly become a star wherever he ends up playing at the next level. He wants fans of him to know a few things about him before he takes the state by storm.

“Growing up I was raised watching Kobe Bryant and Ray Lewis every single day and that killer instinct they played with is something I’ve been getting closer and closer to perfecting every season. There will never be another Kobe Bean Bryant or Ray Anthony Lewis Jr but my goal is to have the same type of impact on the world and give back to the poor African American neighborhoods in need. I was taught to strive to be better than my idols to the point where they look up to you as an idol and even though Kobe is with the angels in the sky, he’s looking down on me and I’ll do anything to make him proud,” Johnson Jr. explained. “I’m a competitor and things like size and rankings don’t scare me because I’ve always played sports with an older crowd than me. I’ve also earned the nickname Grown Man from Mike Evans and Richard Sherman at an NFL camp and some other people call me a silent assassin from when I played basketball because I never been the type of person to talk stuff to people on the field or the court, I’ve always been silent whenever I’m in my mode with the ability to block out everything in the stadium/arena. This is why I love the playstyle of Julio Jones. A mentor that stays silent and lowkey unless he’s being a great leader to his teammates.”