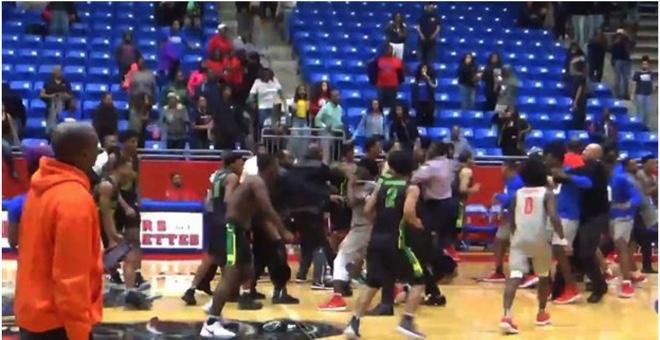 The UIL came down hard on Duncanville and DeSoto Basketball programs when meeting on Tuesday.

After the buzzer sounded in a 67-46 DeSoto win over Duncanville, a bench-clearing brawl erupted.

The UIL announced its official ruling, dealing 2-year probations and reprimands to each team, as well as their coaches.