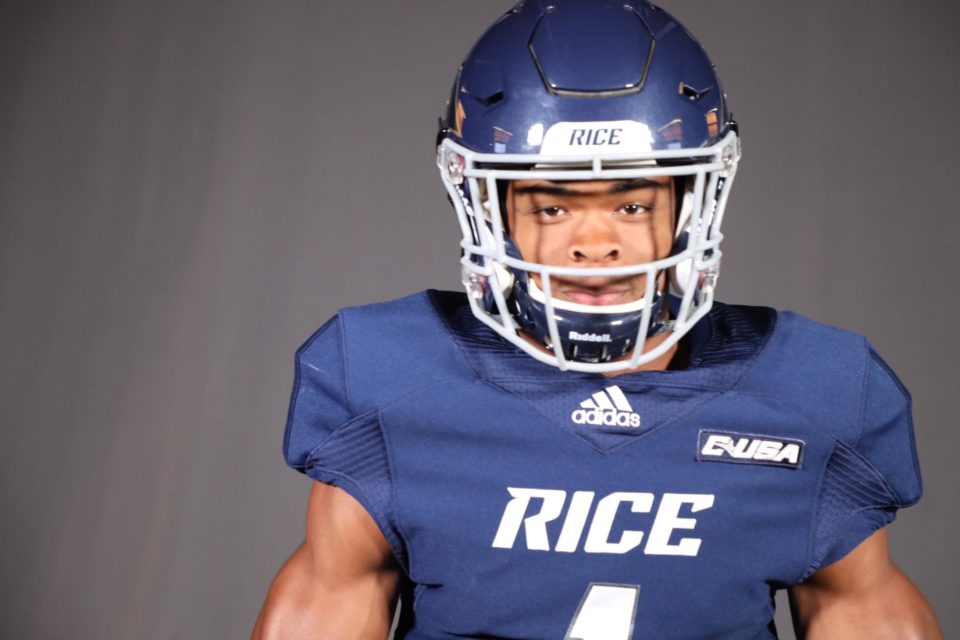 Rice coaching staff landed their fourth commitment for the 2020 class in which they have gained a Houston native – Hightower ATH, Kobie Campbell.

Campbell received an offer from Rice in February and committed in April. It took just two months for Campbell to fall in love with what the Owls had to offer.

Campbell’s thoughts about the Rice team:

“After going to two practices I seen that they love to compete at Rice, and that they really love football. They practice with speed, aggression, and efforts. Then after they all eat together as a team. So they show great unity and love each other like family. That’s the environment I want to be in something similar to the love I get at home.”

How the commitment happened:

“This past Monday I went to the Rice to spend a day with the staff and players at Rice, and they put on a show at practice I was loving it. But I kinda already wanted to commit because they were my first true love in my recruiting process. But after that performance and hospitality I knew it was time to commit. That’s when Coach Mack came over and asked me how I was liking it and I told him I was ready to commit. Then he me smiled at me and told it was time to tell the head man. So after practice I met with Coach Bloom and announced my commitment, and the smile he had on his face made me even more sure of my decision.”

“I’ll be studying in business administration with hope to become a investment banking Associate, after my football career is over.”

Behind the Rebuild: The Katy Tompkins Story