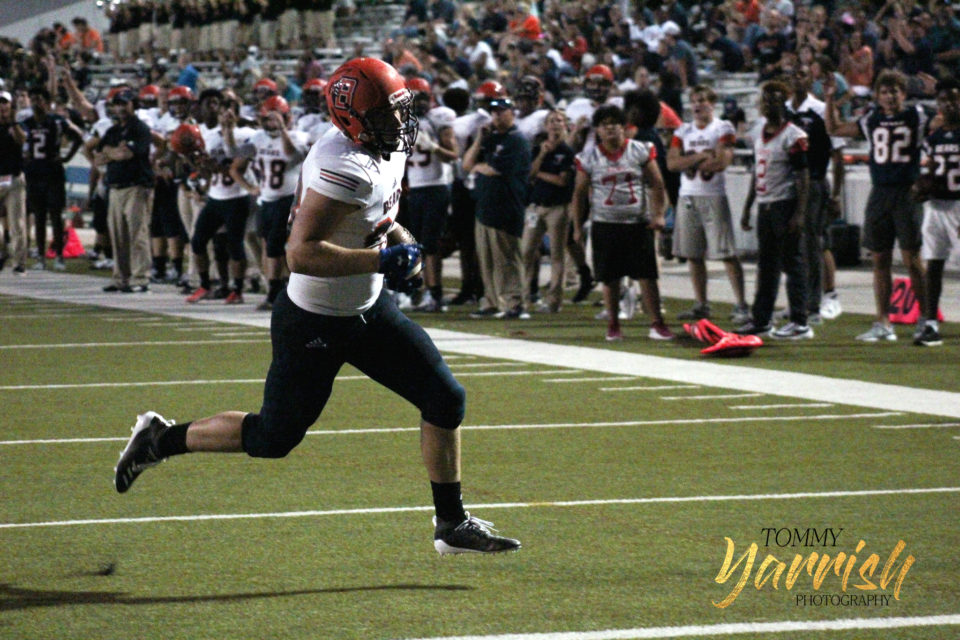 In the last game before district football, the Bridgeland Bears will face off against the Stratford Spartans in a rematch of last year’s second game.

Last season, Stratford came out on top 41-28 to hand the Bears their first loss of the season. But this year, Bridgeland is locked and loaded with new and old players who can get them to 2-0 on their second season heading into district play.

In the opening game against Waltrip, the Bears cruised to a 70-17 victory over the Rams, and are heading into week two with momentum on their side. Wide receiver Dylan Goffney scored on all four of his receptions, quarterbacks Finn Nicholson and Conner Weigman combined for 416 yards and six touchdowns, and on the defensive side, Weston Cadena and Conner Motsinger combined for 10 tackles. With a high scoring game expected, the defense will have a lot on their plates come Saturday night.

On the Stratford side, they also opened their season with a win, as they shut out Alvin 28-0. They were offensively dominant the last time they played Bridgeland, and while the 4-5 record might not reflect it, they were able to hang in some games despite having a tough schedule, such as their narrow loss to 7-3 Cy Ridge 24-21.

Two elite offenses squaring off again, both looking to stay hot. Kickoff is at Cy Fair FCU Stadium on September 7 at 6:00.

Rockwall vs Highland Park – Game of the Week | Week 1 Movie