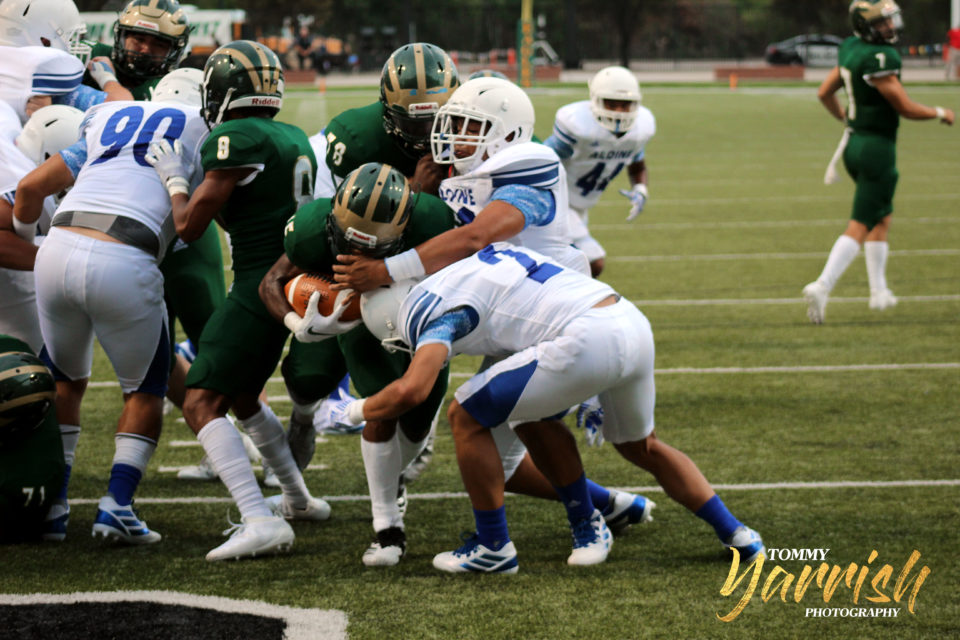 The Cy Falls Eagles powered past the Aldine Mustangs 55-6 to wrap up the first week of Texas high school football.

After over an hour of weather delays, Cy Falls burst out of the tunnel with 35 points in the first quarter alone and headed into the half up 41-0. Senior quarterback Brandon Collins finished with 3 touchdowns, two of which went to senior wide receiver Ricky Johnson, and the other to Jayden Goodwin. On the ground, junior running backs Jaylan Walker and JP Martin had two touchdowns apiece, proving they are a dangerous duo in the backfield.

Simply put, Aldine just couldn’t get anything going offensively. Sophomore running back Elijah Teamer wasn’t able to get past anyone on the defensive front, and junior quarterback Johnny Toups was only able to get one touchdown towards the end of the game. Defensively, Aldine started to slow the Eagles down a bit more in the second half, but the first-quarter onslaught proved to be too much to handle.

With week 1 behind both teams, Cy Falls will head on to play Alief Hastings at Crump Stadium on September 6th at 7:00, and Aldine will head to Humble High School to take on Humble on September 7th at 6:00.