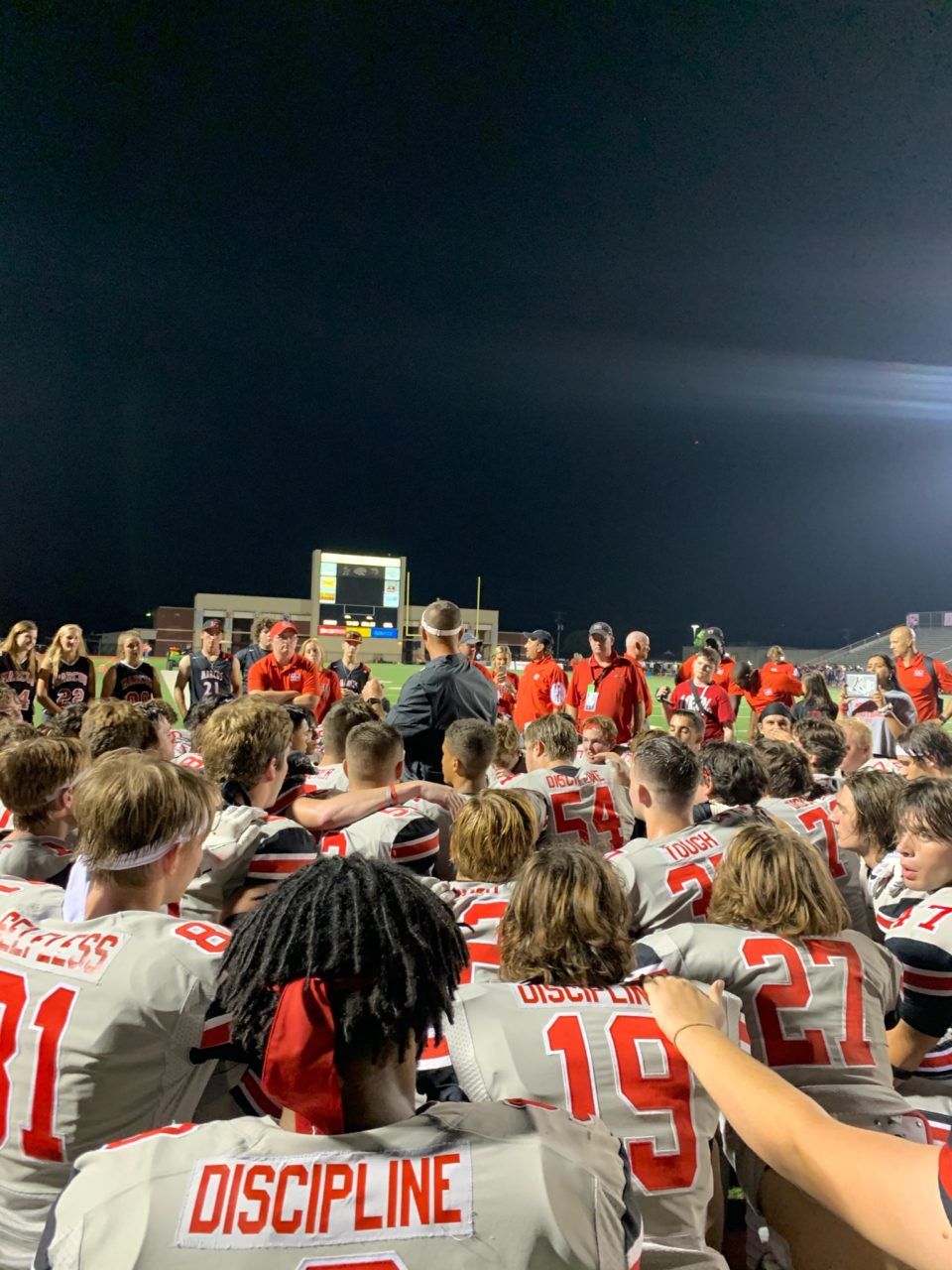 The Marauders are looking to keep their winning streak alive tomorrow night  against the Hebron Hawks. The game will be in Marauder Stadium at 7p.m.

The Marauders are sitting at a 4-1 record and if they come out on top at the game, it will  be their fifth straight victory on the season.

“[We need to] focus on each day,” offensive coordinator Tim Morrison said. “”If we do that, we will put ourselves in a position to be successful.”

Hebron is going into the game after a win at their last match up, where they beat Coppell 35-27. The Hawks have the same record as the Marauders, with a 4-1 season record and a 2-0 district record.  The Marauder offense is hoping to continue their success from previous games. After their last three match ups, the Marauders are average 58 points a game.

“Ty’son is a testament to just being a Marcus football player,” Morrison said. “He takes care of every little detail we ask him to do.”

On the defensive side of the ball, the Marauders have given up a total of seven points in their last two games. With big stops on third down, they were able to give the offense the ball. This put the Marauders on the path to victory.

“Keep pushing and every play is going to be a fight,” Morrison said. “We have to make sure we are ready for it Monday to Thursday.”

Reedy’s Rough Road Back to the Top

Westlake vs Lake Travis | Battle of the Lakes 2019 Highlights