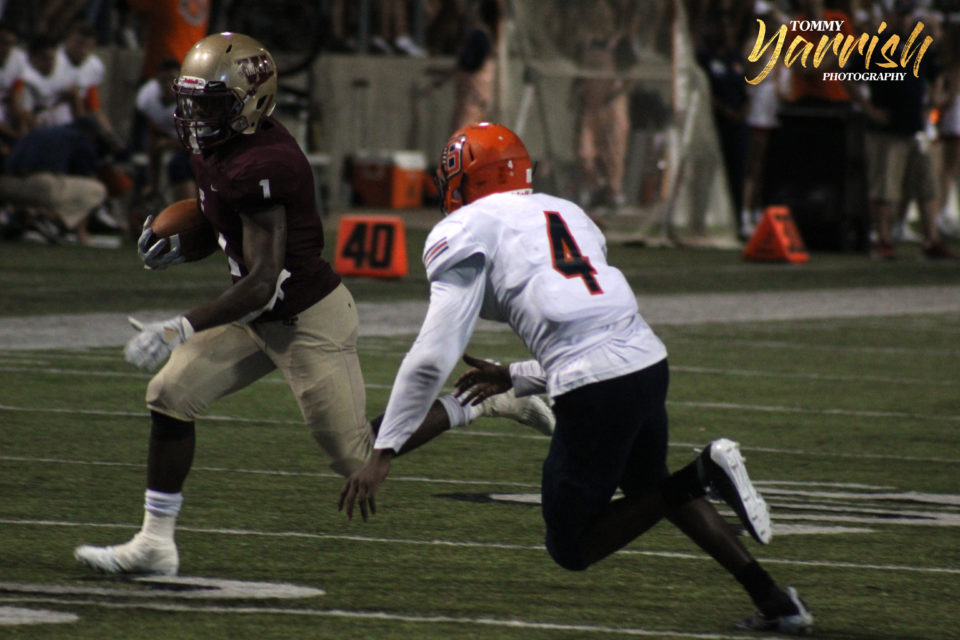 Forthcoming night didn’t go as planned for the Bridgeland Bears.

That was thanks to the Cy Woods Wildcats, as they took down the previously undefeated Bears Friday night 20-7.

Cy Woods’ running game was rolling all night long, as they were able to move down the field quickly with a triple-option run style. Running back Christian Scott had 59 yards rushing and a touchdown, but quarterback Jackson Jones was the one who led the charge offensively for the Wildcats. On the ground, he rushed for 91 yards and a touchdown and added 112 yards in the air. Defensively, linebacker Tylan Foster who had a monster night, with seven tackles, two of them for loss, as well as a 50-yard fumble recovery. The Wildcats had eight total tackles for losses, as well as an interception.

The Bridgeland Bears were out of their element Friday night, taking their first loss of the season after a red hot start. Quarterback Conner Weigman threw for 110 yards, and his first interception this year. Running back Mason Culton was the only one who could put the offense on the board, as he ran for 85 yards and a touchdown. Defensively, the Bears struggled at first but slowly were able to gain some momentum towards the end of the game. Linebacker Charlie Moore led the team with eight tackles and a forced fumble, and the Bears combined for five tackles for loss and four forced fumbles on the night.

Marcus are first in their district after win against Irving