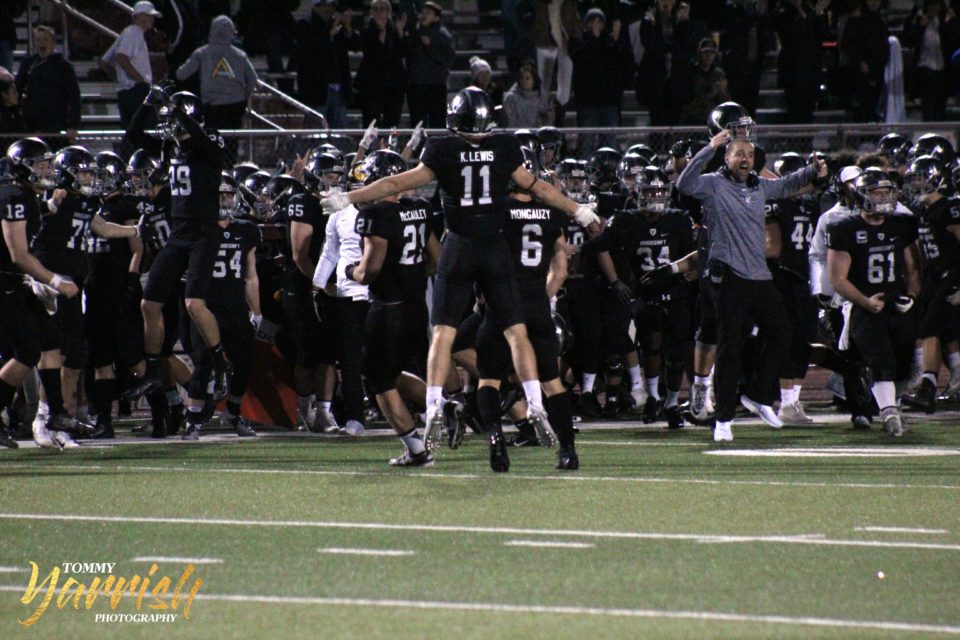 Vandegrift high school first opened in 2009. Since then, the Vipers have gone 85-36 including a state semifinals appearance in 2014 and consecutive perfect regular seasons in 2018 and 2019.

2018’s squad bowed out in the regionals of 6A D2 play to eventual champions, Longview, 56-28. The 2019 Vipers are in the same position as last year, 11-0, going up against Klein Collins in area play with a potential matchup against Longview on the horizon. Will history repeat itself or will the Vipers’ finally break through the glass ceiling.

In the words of star linebacker Jax McCauley, “It will be a battle.”

The heart and soul of the Vandegrift Vipers’ are in their defense. They unleash a lethal dose of venom to offenses every time they step on the field.

Vandegrift is also home to one of the best players in the state of Texas period. Junior linebacker Jax McCauley. McCauley is the state’s second-leading tackler with 159 tackles, 12 for a loss, six sacks, two forced fumbles and an interception all in just 11 games.

McCauley is no stranger to the success as he is one of 25 semi-finalists for the Mr. Texas Player of the year. Last season, as a member of the AP Texas 6A football All-state team, he had 156 tackles, 10 for a loss with three sacks in thirteen games.

McCauley has already surpassed his production from last year in two fewer games. He’s the leader of a defense that is letting up only 11 points a game on average. McCauley’s stats speak for themself.

“I love this game,” McCauley said. “I try to get the advantage of watching lots of film during the week then play as relentless as I can on the field.”

Another star on the defensive side of the ball is senior Jordan Cochran.

Cochran as the teams’ defensive tackle has 49 tackles on the year, five sacks and leads the team in hurries with 13.

“The key to my success is three main reasons,” Cochran said. “Our defensive line being dogs up front, coaches giving me great schemes and techniques, and, persistence and relentlessness to the ball no matter who’s in front of me.”

Vandegrift is one of the best defensive units in the state of Texas and they showed it off in the bi-district round defeating Bridgeland 14-13. They went into the half down 13-0 nothing but reevaluated and adjusted in order to shut out Bridgeland in the second half.

“Feels great,” McCauley said. “Especially the way we came from behind and being able to win on our home field.”

“Just one step in our process for a deep playoff run,” Cochran added. “Fortunately our seniors know how to keep playing and win games so we were never out of it.”

Vandegrift has had some unbelievable success in recent years. McCauley believes the key to his teams 11-0 start – “Guys buying in and sticking together.”

“It also helps that we have a quarterback that has ice in his veins!” McCauley added.

That quarterback is senior Dru Dawson who’s in his second year as the Vipers’ starting signal-caller.

In his two years, he’s completing over 70% of his passes for 4100 yards and 45 touchdowns. He also has nearly 1,000 more yards on the ground for six more touchdowns. Through his play, it’s easy to see why Dawson is one of the most underrated dual-threat quarterbacks in the state.

Cochran added that “the coaches” are another reason for said success.

The Vipers are led by head coach Drew Sanders who’s turned this new school into a juggernaut of a program in such a  short amount of time.

Sanders has been the coach for Vandegrift since it’s inception and has led this team to the heights at which it’s at now. The Viper’s under his tutelage have increased their point differential each season for the past four seasons in a row.

“All the hard work paying off by the players and coaches,” McCauley said. “Everyone has a sense of pride in the program and wants to go one step farther.”

“It’s incredible, I haven’t lost a regular-season game my whole Highschool varsity career,” Cochran added. “It’s due to our proud tradition of working harder than anyone else and having great coaching.”

“We know it will be a battle but we’ll try to play our game and limit mistakes,” McCauley said.

“Playing Klein Collins again is going to be a great game,” Cochran said. “For the rest of the playoffs, we are going to continue to improve and continue to do what we do and then some.”

For the future and the rest of the playoffs, Jax McCauley is – “Focused on this team.”

Vandegrift is going to need all 22 starters to play the best football of their lives if they want to get over the hump and back to the state semifinals or even a state championship.

With Jax McCauley, Jordan Cochran, Dru Dawson and coach Drew Sanders leading the way, however, anything is possible for these Vipers.

How to Get Cost-free Video Game Roms

Ace Whitehead and the Turnaround of the Lampasas Badgers