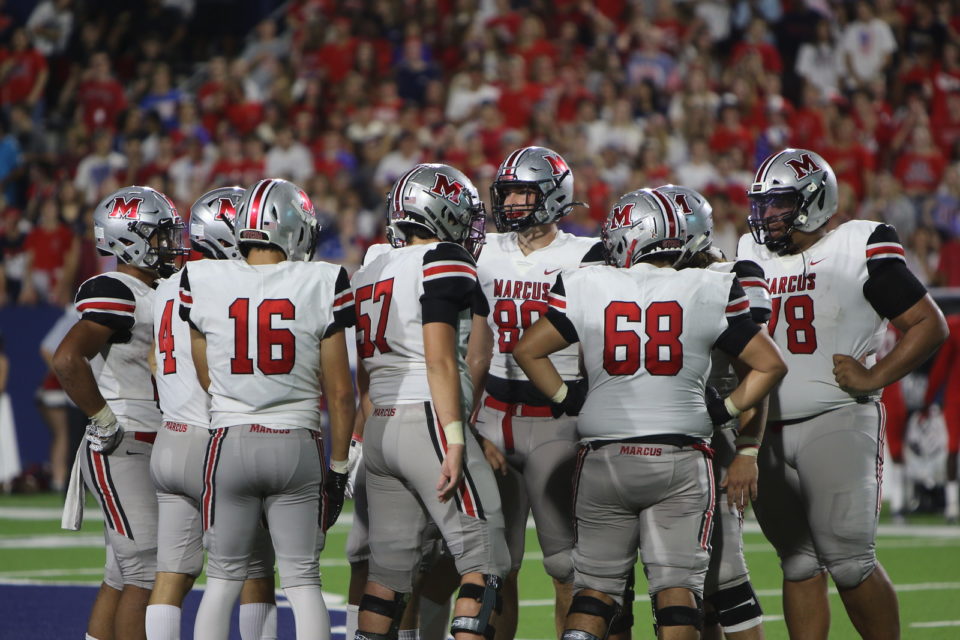 After getting their first win of the season on the road last Friday, the Marauders are preparing to play the 6-A Waxahachie Indians tomorrow at 7 p.m. on their home field.

The Marauders are looking to stop the Indians’ dynamic junior quarterback Campbell Sullivan throughout the night.

“[We are] putting all of our focus on him because he’s a very unpredictable quarterback,” senior outside linebacker Hayden Self said.

Sullivan was able to throw five touchdowns for 319 yards at their last game. According to coach Kevin Atkinson, the quarterback is known for “scrambling” and “staying on the move” with 136 rushing yards in the Indians game last week.

The Indians are coming into this game with a season record of 1-1, the same as the Marauders.They got the win last week against the 5-A district 7 Poteet Pirates at home with a score of 53-46.

At last week’s game, the Marauders were able to hold McKinney Boyd to zero points in the first half, but gave up 19 points in the second.

“We [have] got to stay with the play,” Atkinson said. “Stay with [their] receivers no matter what, until that whistle blows.”

Junior quarterback Garrett Nussmeier threw for 343 yards, finding the end zone three times to three different receivers. He is looking to bring that same performance in the upcoming game against the Indians.

“I should just continue to trust my line, trust my receivers, ” Nussmeier said.

This will be the first time in seven years the Marauders’ first home game is in week three.

“To have everyone in one stadium – in our stadium – to defend our M, it means a lot to us,” Nussmeier said.

Week 3 – Professor’s Picks: Every game in North Texas in 6A-2A