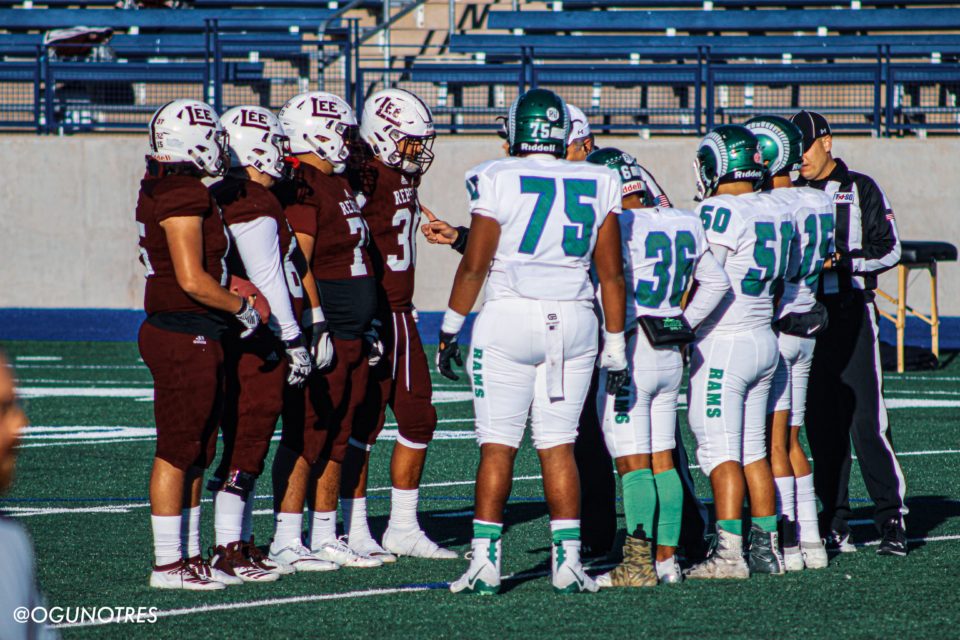 From 1998-2000 Midland Lee won three consecutive 5A state championships. Ever since they’ve been clawing to reach the mountaintop once again. In 2019 the Midland Lee Rebels are currently 10-1, they’re best record since 2004, and in prime position to make another run at what was once theirs.

“It feels really good just to have momentum and to be able to move forward.” Damian Garcia, Midland Lee defender said.

“It was definitely a team effort.” Quarterback Michael Serrano said.

The Rebels had their best regular season of this decade taking a 9-1 record into postseason play. They started the year off 9-0, including victories over Montwood, Frenship, and Tascosa, all of whom made the playoffs themselves.

They’re only let down all season was a district loss in the regular-season finale against Permian 42-39. Now, the Rebels look to bounce back from that disappointing loss and make a run this postseason.

One of the state’s best-kept secrets at quarterback is Midland Lee’s junior signal-caller, Michael Serrano. Serrano has been putting up video game-like numbers all season.

Serrano has been embarrassing defenses all over Texas as in 11 games he’s completing over 66% of his passes for just over 3,200 yards with 43 touchdowns to just four interceptions. Serrano also has nearly 800 yards on the ground for nine more touchdowns. It’s like he’s playing Madden on rookie difficulty.

In Thursday nights win, Serrano completed 16 of his 22 passes for 324 yards including five touchdown passes to just one interception. With that stat-line, Serrano becomes Midland Lee’s single-season leader in total offense.

“One thing I’ve focused on myself is locking in and preparing for the best I can. Knowing I’m the leader of the team makes me want to play at a higher level.” Serrano said. “I get the point across to my team that they can trust me.”

One of the stars on the defensive side, which is letting up only 22 points a game, is senior Damian Garcia. Garcia has over 70 tackles on the season, seven being for a loss, to go with an interception and two sacks.

“Trusting my coaches and good practice habits are what help me be more successful,” Garcia said.

A 10-1 record after 11 games makes this the most successful start to a Rebel’s team this decade.

“Our hard work and the bond we have together has helped us be successful,” Garcia said.

“The team loves each other and we all believe in the process.” Serrano said. “if you do your job and worry about the play at hand, everything will take care of itself.”

Midland Lee takes that momentum and extra day rest and will now be focused on its area round opponent, the 10-1 Arlington Lamar Vikings.

“I will continue to do my job on the field” Garcia Said.

“To continue to elevate my gameplay and bring my best. To continue to play with the seniors right now because they aren’t guaranteed another season.” Serrano added. “So playing my part and making sure this team reaches its full potential, so I’m gonna have to continue to better myself in these playoff games.”

The Rebels will be in one of the more highly anticipated area games of the week against the Vikings but Garcia has his eyes set on the grand prize. “I plan to play 5 more games”

One thing for certain is that with Michael Serrano under center, these rebels will continue to be one of the best teams in all of 6A. He wants to continue to build on this success and see the Rebels be as successful as possible under his tenure.

If Midland Lee wants to reach the pinnacle once again, they have the right group of guys to do so. With Serrano under center, he’s shown through his play and leadership all season that anything is possible for these Rebels.