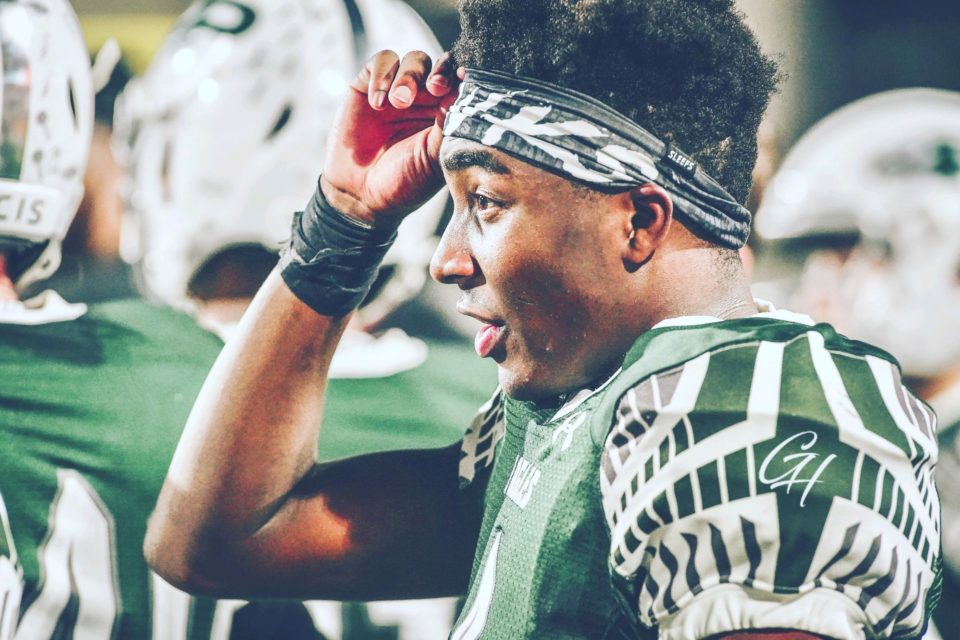 It was a slow first half at Children’s Health Stadium but Prosper ended up hanging on to defeat the Mckinney Boyd Broncos 29-3.

One week after getting thrashed 41-14 by a Jesuit squad to give Propser their first loss the Eagles came out with a vengeance against Boyd Friday night.

It was a scary first half as Prosper entered the break only up 6-3, however they did outgain Boyd in 223-51. A late Tyler Bailey fumble and Prospers’ inability to find the endzone late kept it closer then one would think.

Prosper ran all over Boyd in the second half however as they started things off with an 11 play drive consisting of 10 runs and capping it off with a touchdown to star Sophomore Tyler Bailey on a slant.

They followed that up with a pooch kickoff that they recovered, a Brad Larson field goal and before Boyd even touched the ball it was 16-6 Prosper. Another Tyler Bailey touchdown followed by Fisher Naumann’s first touchdown score of the season and Prosper called it a wrap.

Boyd was shut down in the second half only totalling nine total yards for a grand total of 60 for the night. Prosper, however, eclipsed the 400-yard mark.

Quarterback Jackson Berry responded well after a bad game completing 19 of his 29 passing attempts for 159 yards and two touchdowns to only one interception while also going for 47 yards on the ground.

One week after getting less than 10 touches, runningback JT Lane had a massive 146-yard game on only 19 carries.

The defensive line was the big story for the Eagles as James Eckrote, Will Prendergrast and company led the way constantly getting pressure on Boyd’s Sophomore quarterback Christopher Whitefield.

Prosper now moves to 6-1 on the season and 3-1 in district play. Next week they match up against a winless Plano West squad at Clark Stadium before their biggest game of the season against Allen. Mckinney Boyd, however, take on the Allen Eagles next week at home.

Game Emulator ROMs Is an Important Part of Emulating Games