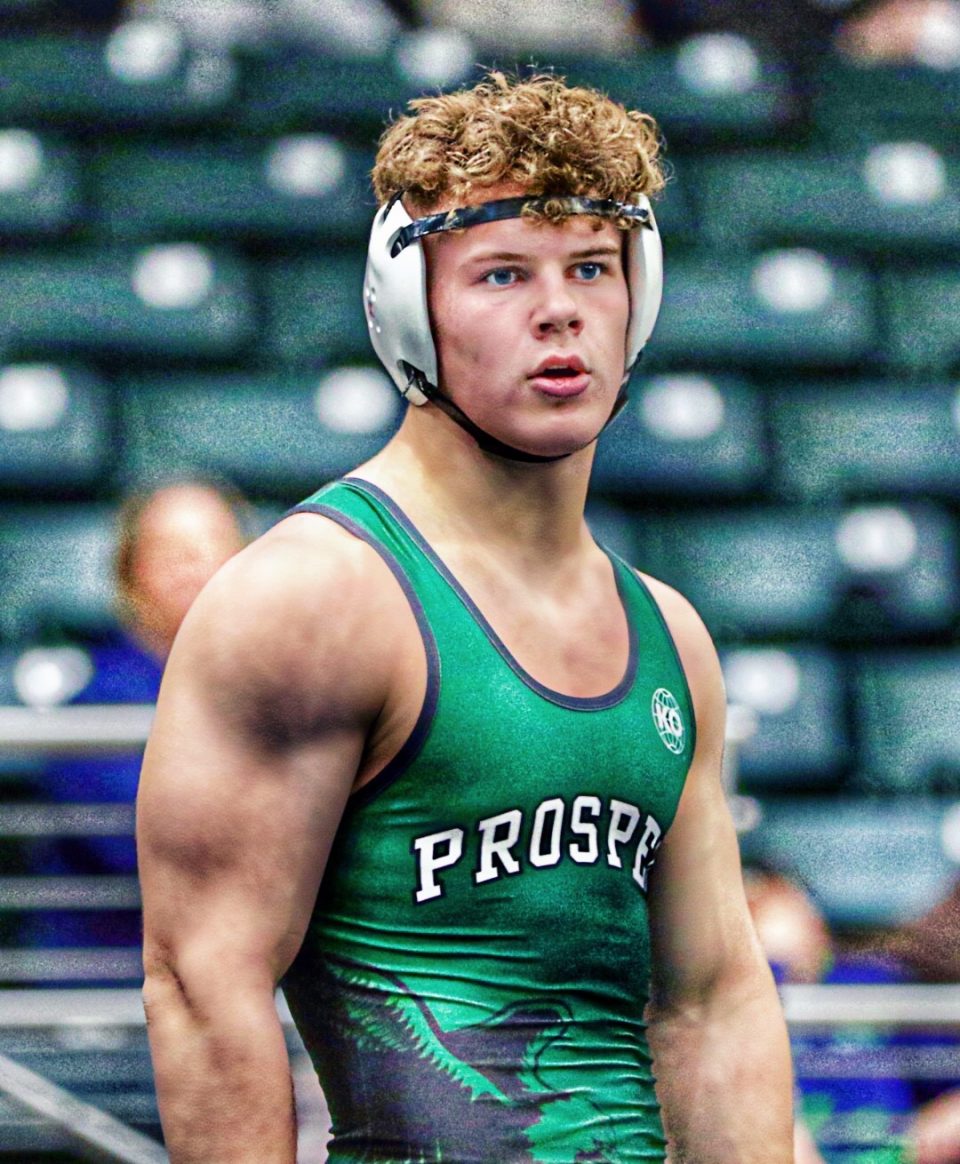 Comeback stories happen all the time in sports. How often though do you hear about a wrestler who tears everything in his knee during the season, and still fights back to win the state championship. That’s just what makes Rylan Bonds different.

Rylan Bonds back in later November tore multiple ligaments in his knee. It was his senior season, his last hurrah. His chance to go out might’ve just gone down in flames. A torn PCL and LCL in the middle of the season? Call it a day you’re done. Everyone except, Rylan Bonds.

“My rehab for my PCL and LCL was a short but intensive process of recovery. I was extremely lucky that my body for whatever reason was handling the injury incredibly well. I was able to walk and run months before I should have been, in fact, for some reason that only God can explain I was able to walk a few days after I got injured. Because of my miraculous quick healing, I was able to jumpstart my rehab and be prepared to wrestle before the season ended,” Bonds explained.

Bonds fought back from that horrific injury to place second at the regionals and qualify for state. That alone would be an amazing season., Not for Bonds though. He went on to become the first-ever 6A State Champion in Prosper history, winning at the 220-pound weight class. He defeated Klein’s Xavier Diaz in the finals.

Rylan Bonds is not human.

Upon returning to the competition he finished his senior season 11-1. His opponents at state had a combined winning percentage of 90%. Not a problem for Bonds.

“My personal philosophy is that work is going to suck the same no matter how you do it, so why not give it 110% and get it over with quickly. Working hard at everything I do, even if I feel like slacking off I keep working hard. I won’t lie and say I’ve never slacked off in a practice but the difference in the way I slack off is that instead of giving 110% I’ll just give 100%,” Bonds explained. “I would like to think that I do this to set an example for my peers, but the truth is that I honestly don’t know how to give less than my all. Working hard has been so ingrained in me that I have trouble with not working wholeheartedly.”

On top of all that Rylan Bonds added a couple more accolades to his resume. Academic All-State honors as well as USA Today sports comeback player of the year.

“Winning an award will always feel good, especially one such as this. It was a nice cherry on top of my season. What was more meaningful to me though, was how much this award meant to my family, friends, and coaches. Witnessing their excitement and happiness that I won the award made the event much more special to me,” Bonds said.

Rylan Bonds is clearly, one of the most, if not the most talented athletes in all of Texas. He’s an absolute warrior on the mat, and even better off the mat and in the classroom. Bonds has decided to take his talents to Texas Wesleyan University where he has decided to wrestle for the next four years.

“Multiple factors went into my commitment to Texas Wesleyan. The most important factors were money and wrestling. Luckily I was able to kill to birds with one stone by signing with the Head Wrestling Coach, who happened to have been my private coach for the past couple of years,” Bonds explained. “He offered me a scholarship that would cover the remaining fees that my academic scholarship couldn’t so by joining the Wesleyan wrestling team I was able to get a full ride to college and wrestle.”

Rylan Bonds has accomplished so much in his life as a wrestler and as a human. He’s one of Prosper’s finest and officially a Texas legend. A humble young man who with no doubt, will succeed wherever he ends up.

“I can’t predict the future, so I can’t tell you anything about what I will accomplish. What I can do, however, is tell you that you can expect from me the same hard work, the same drive, and the same attitude,” Bonds said.