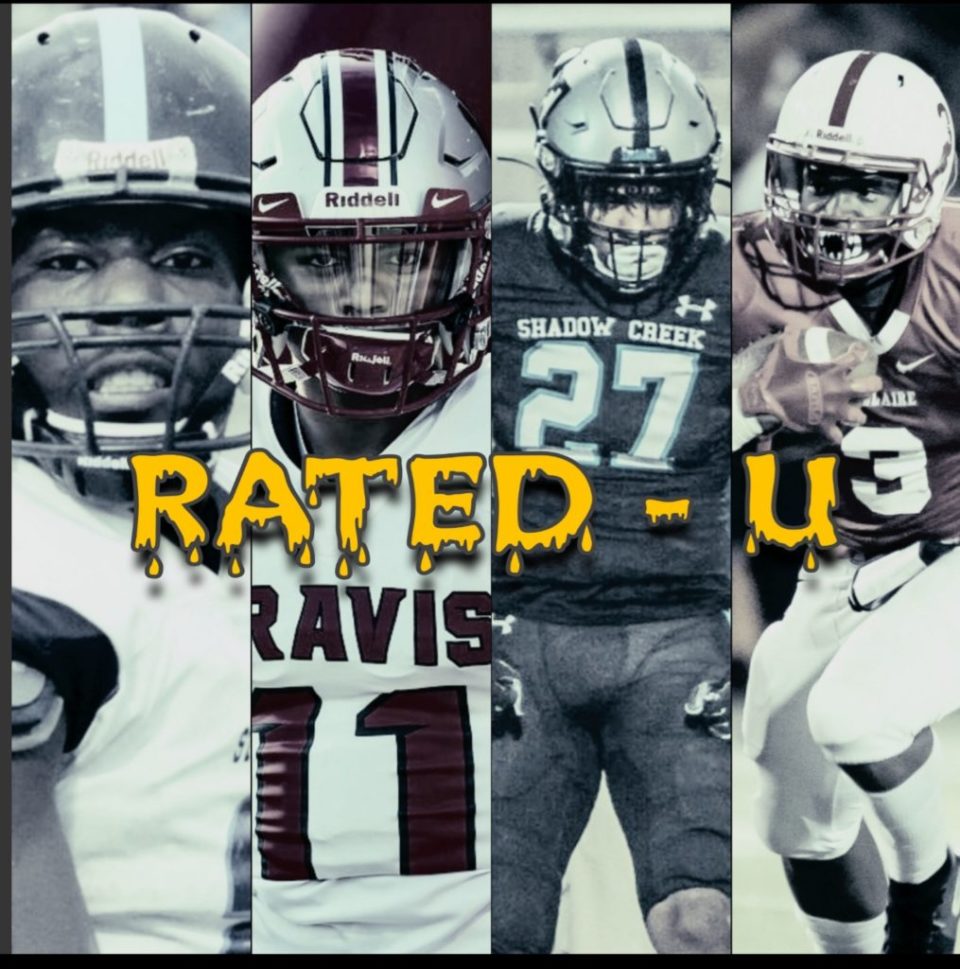 10. Kicking the list off is Donald Harper – Wide Receiver, Humble. Harper is a dynamic playmaker in the passing and return game. The 2020 WR is unpredictable, wherever he lines up, the defense must be aware. He can take short routes and end arounds for a touchdown any time he gets his hands on the ball. This kid is definitely worthy to be a D1 prospect and wouldn’t be surprised if it happens sooner than later.

9. Dontrell Kelly comes in at #9 with his athletic, hard hitting prowess. The Defensive End/Linebacker of Cypress Falls can play multiple positions, standing up or with his hand in the dirt. Kelly has the ability to pursue the ball carrier at an elite level – and in a string of 6 straight games earlier this season, he recorded a sack. Despite the lack of major school offers, Dontrell continues to terrorize opposing offenses. http://Check out Dontrell Kelley (@Dontrell_02): https://twitter.com/Dontrell_02?s=09

8. When you think of North Shore football, you think of Zach Evans, Shadrach Banks, or Dematrius Davis. However, there’s an emerging star on the Eastside. 2021 Wide Receiver Charles King burst onto the scene this year with 4 star WR Banks out with an injury. King made headlines with a 1-handed 15 yard touchdown grab against fellow powerhouse West Brook. Look for Charles King to tear it up in the playoffs and possibly gain big time offers. http://Check out Charles King (@_KingCharles_II): https://twitter.com/_KingCharles_II?s=09

7. Being underrated doesn’t necessarily mean unranked. In the case of 3 star all-purpose back Frank Brown, he fits the mold. There’s no doubt in my mind that the reason he isn’t a 5 star recruit is because he don’t attend one of the popular football schools. Brown put the Sterling Raiders on his back and he’s very proud about it. He loves his teammates, beyond unselfish, and take no plays off. There’s only one word that can describe his play on the field – WOW! Frank Brown is 4 year varsity starter and every week he make defenders look foolish with his captavitavng playmaking, and he’s doing it against top level competition like Manvel and Fort Bend Marshall. Throw your game plan away because it really doesn’t matter, he’s bound to go for 200 plus yards and multiple scores almost every outing. http://Check out ²???? (@iamFrankBrown1): https://twitter.com/iamFrankBrown1?s=09

6. Although Shadow Creek’s TJ Marshall isn’t the ideal size for a Linebacker, that pales in comparison to his football IQ. Marshall have heart, skill, and one of the most instinctive players I’ve ever laid eyes on. He plays fast, gets to the football, and forces turnovers. He can also play safety if needed. The Shadow Creek Shark defense have been dominant all year and have many superstars on that side of the ball – but TJ Marshall, for whatever reason, doesn’t get nearly the credit he deserves. Every squad needs a glue guy like Marshall and don’t be surprised if more college programs start tuning in. http://Check out TJ MARSHALL ???? (@tjmarshall29): https://twitter.com/tjmarshall29?s=09

5. Can we just take a moment to appreciate the natural Running Back position? Da’Veon Ford of Bellaire embodies that. No trickery, no stunts, just tough running right between the teeth of the defense. If need be, Ford can carry the rock more than 20 times a game. Da’Veon have scored game winning touchdowns on multiple occasions during his tenure as a Cardinal. Small in stature, but who really cares – the kid is a workhorse. Not sure what recruiters are waiting on, but #3 is a diamond in the rough and can be an asset to a number of schools in the country. Leading his team into the postseason, look for Da’Veon Ford to do big things. http://Check out Da’Veon Ford (@daveon3ford): https://twitter.com/daveon3ford?s=09

4. Like many Quarterbacks with great pass catchers, they tend to rely on them far too much. Unfortunately, that’s not Eric Rodriguez. The 2020 dual-threat spreads the ball around to make sure everybody eats! E-Rod led the Fort Bend Travis Tigers to a perfect 10-0 regular season record. He’s responsible for over 2,800 total yards and well over 30 scores. Rodriguez vehemently attacks every secondary that vows to get in his way. When receivers fail to get open, the play is still alive due to his mobility. Eric Rodriguez is extremely accurate, and I know defenders hate that they can rarely make a play on the ball. Standout WR Parker Washington missed a game against Ridge Point but Rodriguez didn’t miss a beat – putting up 366 total yards and completing 75% of his throws. He’s 100% underrated and overlooked. http://Check out Erod???? (@_EricRodriguez1): https://twitter.com/_EricRodriguez1?s=09

3. Senior dual-threat Quarterback Troy Tisdale finished his high school career undefeated in district 18-6A play. The Lamar Texans leader is the focal point for every opposing team. Watching film on this kid will not do you any justice – his presence is ultimately felt in a physical manner. Too big for DB’s to tackle and too fast for the average front seven. Against Heights, Tisdale and the Lamar offense scored 3 times in the first quarter, sat out until half of the 4th quarter due to injury in street clothes, saw his team surrender the lead with the district streak on the line, only to return and throw the game winning touchdown. That takes grit and guts. I can’t think of many QB’s with a stronger arm and Tisdale is certainly as tough as they come. Troy has gained interest from the likes of Mississippi State, Kansas State and the list of others. As the season end nears, expect those offers to start to pile on for the blue collar standout. http://Check out Troy Tisdale (@iamTroyTisdale2): https://twitter.com/iamTroyTisdale2?s=09

2. Superb route running, extraordinary hands, and the ability to high point the football. In so many words, I just described Dontee McCray. The 2 star athlete is criminally misplaced in all rankings. Forget the numbers and forget the popularity, McCray is hands down one of the best Wide Receivers in his class – he can hold his own with anybody. McCray is the definition of “passing the eye test”. There’s no weaknesses in his game and much like his teammate Donald Harper, Dontee plays a huge factor in the return game as well. I’ve seen this kid make at least 3 different ESPN worthy catches. College coaches should put on his film and never get bored. http://Check out ????Dontee McCray Jr???? (@dontee_mccray): https://twitter.com/dontee_mccray?s=09

1. The most underrated player in the Houston area is Westfield Mustangs Linebacker Dyllon Peavy. To be honest, he’s just a FOOTBALL PLAYER. Nothing pretty about it, just smash-mouth, throwback FOOTBALL. Peavy has a knack for the ball and aware of whoever got it in their grips. In my opinion, Westfield have the best defense in 6A Houston and #33 is a major reason for that. I was at one of his games earlier this year and it seemed like the game announcer had “tackle made by Dyllon Peavy” on repeat. He even imposed his will on the defending state champs by stopping what could’ve been long runs early in the process. My advice for coaches, know where Peavy is at all times or one of your players will pay for it. Dyllon possesses great sideline to sideline speed and block shedding ability of a defensive lineman. When he’s not in the backfield, he’s busy dropping back, covering receivers where he can also take it the other way. The Mustangs are projected to make a deep run in the playoffs and The 2019 Preseason Touchdown Club member will definitely be contributing! http://Check out DP (@DyllonPeavy): https://twitter.com/DyllonPeavy?s=09