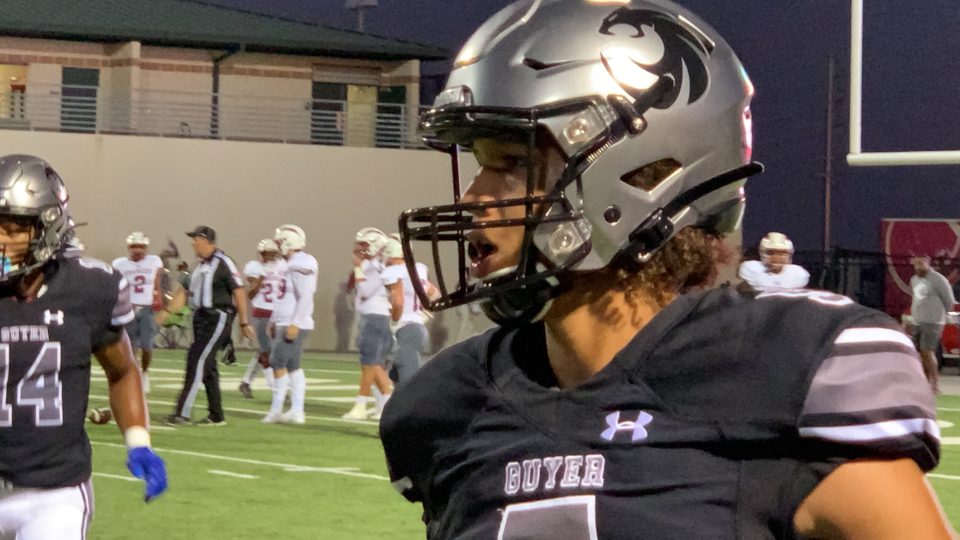 Denton Guyer only led Keller Central 15-10 with 4:59 left in the third quarter. But a 75-yard scoring run by quarterback Eli Stowers would jump-start a 34-0 run as the Wildcats would defeat the Chargers, 49-10.

Both teams came into the district opener with an overall record of 3-0 and the Chargers defense would keep them in the game for over two and a half quarters. A Stowers pass to Cam Thrailkill for 21 yards and a Kaedric Cobbs 24 yard run would give the Wildcats a 15-3 lead at halftime.

The Chargers would open up the scoring in the third quarter, courtesy of Andrew Paul. Paul’s 2 yard run with 4:59 left in the quarter would make it 15-10 before Stowers would take over.

Following his long scoring run and 2 point conversion to make it 23-10 at the end of the third, Stowers would find Seth Meador for a touchdown pass over the middle to extend the Wildcats’ lead to 29-10.

Stellar defense and great field position would set the Wildcats up for 2 more scores as Stowers would find Travis Romar on the end of back to back scoring drives for a 43-10 lead. A 71 yard touchdown run by Grant O’Bara with 4:55 left would round out the scoring for the Wildcats.

Denton Guyer (4-0 overall, 1-0 district) will host Southlake Carroll on October 4th in what could be another battle of unbeatens at the CH Collins Athletic Complex. That same night, Keller Central (3-1 overall, 0-1 district) will look to get back in the winners column as they visit Trophy Club Byron Nelson at Northwest ISD Stadium. Both games are scheduled to kickoff at 7PM.