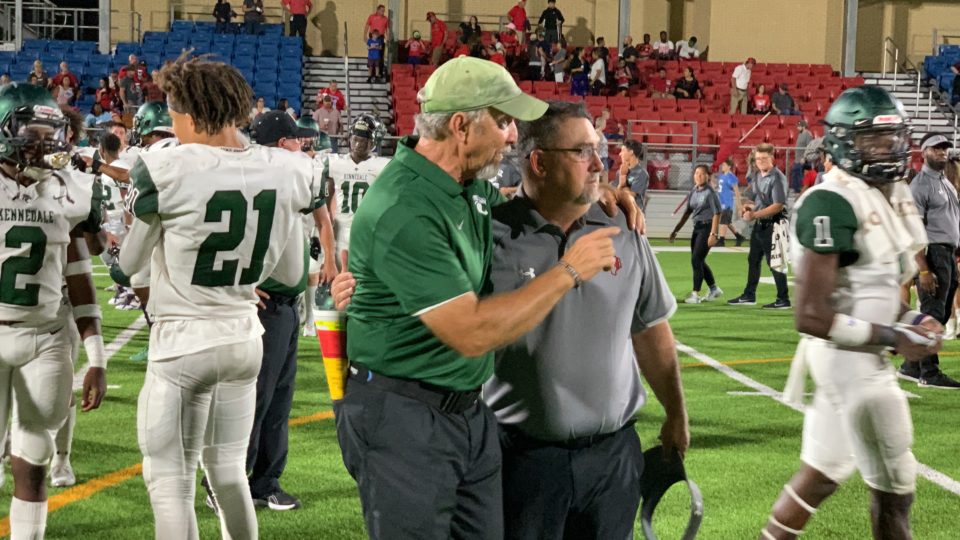 The Kennedale Wildcats ran away from the Castleberry Lions in epic fashion on Friday evening with a 62-14 blowout win. It was the district opener for both teams and it never was close.

Sophomore Ryan Williams would take a quick pitch 66 yards for a touchdown on the Wildcats’ first offensive play from scrimmage to make it 7-0. After a great defensive stand and more nifty running from Williams, quarterback Seth Paroulek would find tight end Zach Thetford for a 4 yard touchdown to extend the Wildcats’ lead to 14-0. Williams would make it 21-0 with a 43 yard touchdown run on the very next series before the Lions would get on the board for their first score. Lions’ quarterback Drew Aguillon would make it 21-7 on a draw play to round out the first quarter scoring.

Aguillon’s touchdown at the end of the first quarter would bring life to the home crowd but, it was short lived.

Wingback Marlete Joyner Jr. would take an inside handoff 42 yards for another Wildcat score to extend their lead to 27-7. The Wildcat defense would continue to be dominant, forcing another 3 and out. Their lead would grow to 34-7 on their next offensive series when Paroulek and Thetford would hook up for another score, this one from 12 yards out.

Offensively, the Wildcats had imposed their will by scoring on every offensive series in the first half. But the defense and special teams would also get involved.

Junior free safety JD Coffey III would make it 41-7 Wildcats with a 20 yard interception return for a touchdown. The Lions would continue to fight, though. Aguillon would find Diego Rivera for a 15 yard touchdown pass to tighten things up right before halftime but, the Wildcats still weren’t done. Coffey III would return the ensuing kickoff for a touchdown on the final play of the first half to make it 48-14 and keep the momentum on their side.

Keirahyin Brown and Cameron Hynson would both add touchdown runs for the Wildcats in the third quarter to make it 62-14 before they would milk the clock to close things out.

Tricks for Shopping For Gorgeous Brides With regards to Marriage