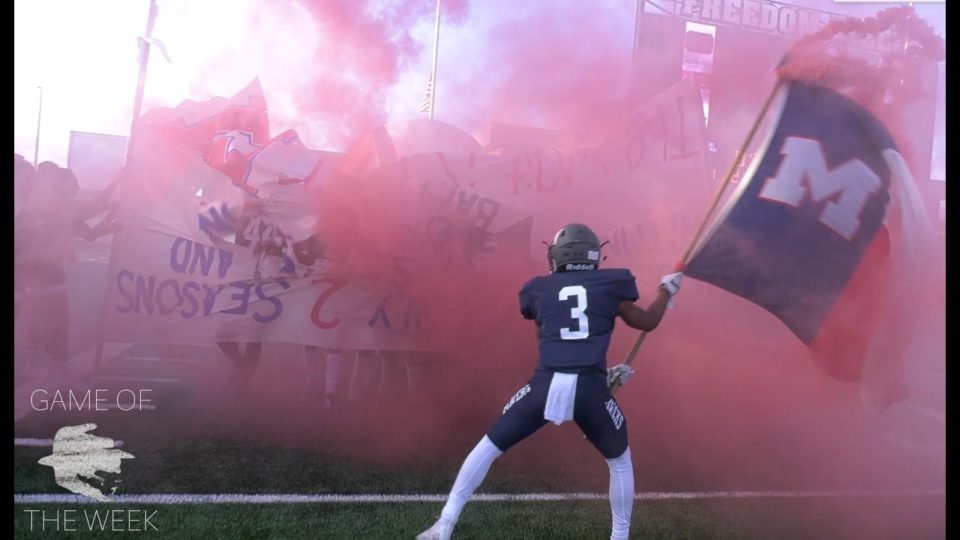 On December 22, 2017, one of the greatest games in Texas football history took place. Manvel Played Highland Park at AT&T Stadium for the 5A D1 state championship.

It was a back and forth offensive slugfest between the two best teams in off 5A. With six minutes to go in the fourth quarter, Kam Scott, who’s now a Missouri Tiger took a kickoff 99 yards for the touchdown and a Manvel 49-39 lead. Manvel was less than 360 seconds away from their first-ever football state championship.

John Stephen Jones and the juggernaut that is Highland Park had a different agenda though. Now Arkansas quarterback, John Stephen Jones, marched down the field and punched in a one-yard touchdown run to cut the lead to three with two minutes to go.

That’s when the magic happened in Jerry world. Highland Parks Cade Saustad recovered the ensuing onside kick to give the scots of Highland Park a chance. They still had half a field to go and immediately it started to not look good. Highland Park was faced with a 4th and 15 from the 41-yard line. Miraculously, Jones hit Finnegan Corwin to get inside the red zone. Jones then hit Saustad from the 15-yard line with under a minute to go to take a four-point Highland Park lead.

Manvel refused to die though. On the last play of the game, senior quarterback Kason Martin threw it up to the teams leading receiver, Jalen Preston who hauled in the pass. Preston would be stopped at the one-yard line and that was the game.

The 2019 Manvel Mavericks look to right the wrongs of teams past and bring home the state championship for all the teams that fell before them.

The squad is balanced on both sides of the football, winning each game by an average of 35 points this season.

The offense, who’s averaging 52 points a game is led by senior starting signal-caller, Tucker Yarbrough. Yarbrough in his 12 games this year has thrown for 2,562 yards for 36 touchdowns and just three interceptions.

“My success is from my o-line and my receivers,” Yarbrough said. “My stats are because of those guys.”

The defense is letting up a little less than 17 points a game and is led by sophomore sensation, Justin Medlock. The linebacker leads the team in tackles with 99 including three for a loss. He also leads the Mavericks in passes defended with five to go along with two fumble recoveries and three and a half sacks.

“I watch a lot of film on my own to find little tendencies that will help me get to the ball faster,”  Medlock said. “My coaches do an amazing job of breaking down offenses and putting me in the right spots to make plays.”

Manvel moved to 12-0 this season by throttling Lamar Consolidated 62-34 in the area round of the 5A D2 playoffs.

“It feels so good. I’m so proud of our o-line and our running backs,” Yarbrough said.

“Everybody did their job and stepped up to the plate on both sides of the ball,” Medlock added.

Last season Manvel lost in the area round to Huntsville and failed to reach the 10 win mark for the first time this decade.

“We bought into the system and what the coaches have told us since the Huntsville lost last year,” Yarbrough said on this year’s success. “None of us want to go home and we prove it week in and week out.”

“There are no individuals on this team. Everyone is one unit and we have confidence in each other,” Medlock added.

Manvel moves on to the third round of the playoffs and will face Barbers Hill, a team they beat last year in the bi-district round, on Friday, November 29th.

“You can expect to see a defense that swarms the ball and an offense that put up points every time they touch the ball,” Medlock said.

“We aren’t done yet. The whole state will see soon.” Yarbrough added.

Tucker Yarbrough, Justin Medlock and the rest of the Mavericks are locked and loaded and ready to make 2019 the most successful year in Manvel Football history. This team doesn’t want to have to go through the same heartbreak that their brothers had to endure two years ago.