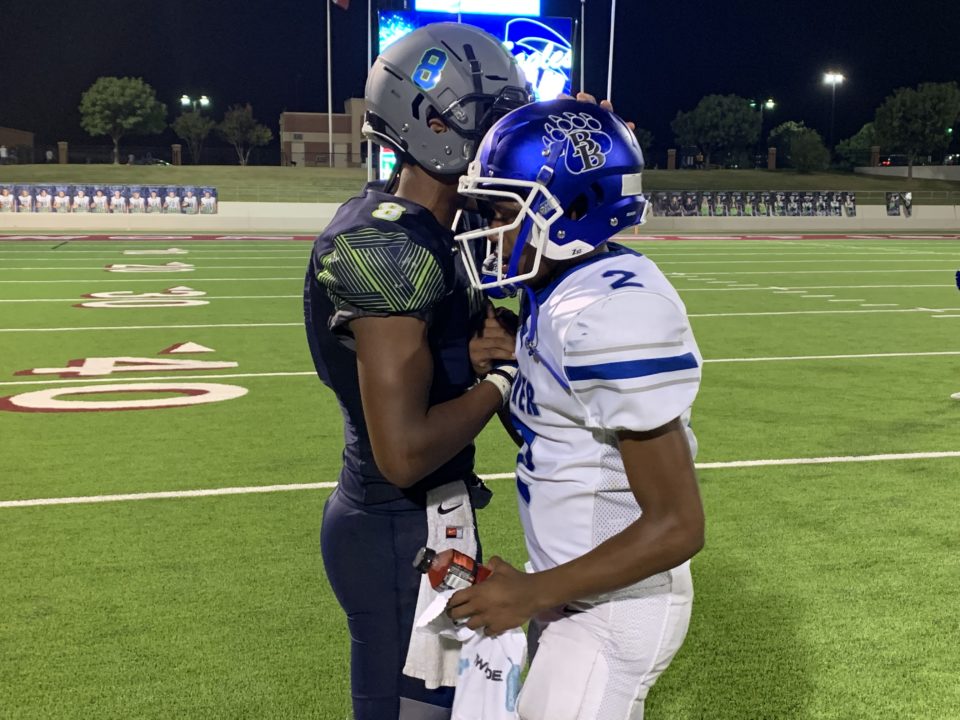 Amari Blount and Haslet Eaton started the season on a positive note by defeating BJ Williams and White Settlement Brewer, 45-26.

Blount led the Eagle offense with 3 touchdown passes, the first being a big play on the third play of the game. He found Luke Jeskevic on a simple go route for 59 yards to put the Eagles up 7-0. Blount’s other 2 scoring passes would go to Braden St. Ama in the second quarter. The Eagles would also get a touchdown on the ground in the first half from running back Jahbez Hawkins. Hawkins and fellow running mate Hayden Talley would combine to rush for 240 yards as the Eagle offense would finish the night with 429 yards of total offense. The Eagles would also add a late score on an interception return by Oscar Moore.

Eaton was in total control all game. But Brewer did come to play.

Sophomore BJ Williams had his moments where he kept the Eagle defense on it’s heels, using both his arm and legs. Senior Cornelius Houston Jr. was on the receiving end of a big play from Williams in the second quarter that would put the Bears in scoring position. Houston would score on the very next play and the pair would later hook up in the 4th quarter for the Bears’ final score. Before that, Williams would add a touchdown pass to Jordan Goss while kicker Jorge Estrada would add 2 field goals to round out the scoring for the Bears.

Up next for Eaton is a trip to the Gopher-Warrior Bowl to take on the South Grand Prairie Warriors on 9/6, at 7:30. That same night, Brewer will look to bounce back as they host the Sherman Bearcats at 7PM.