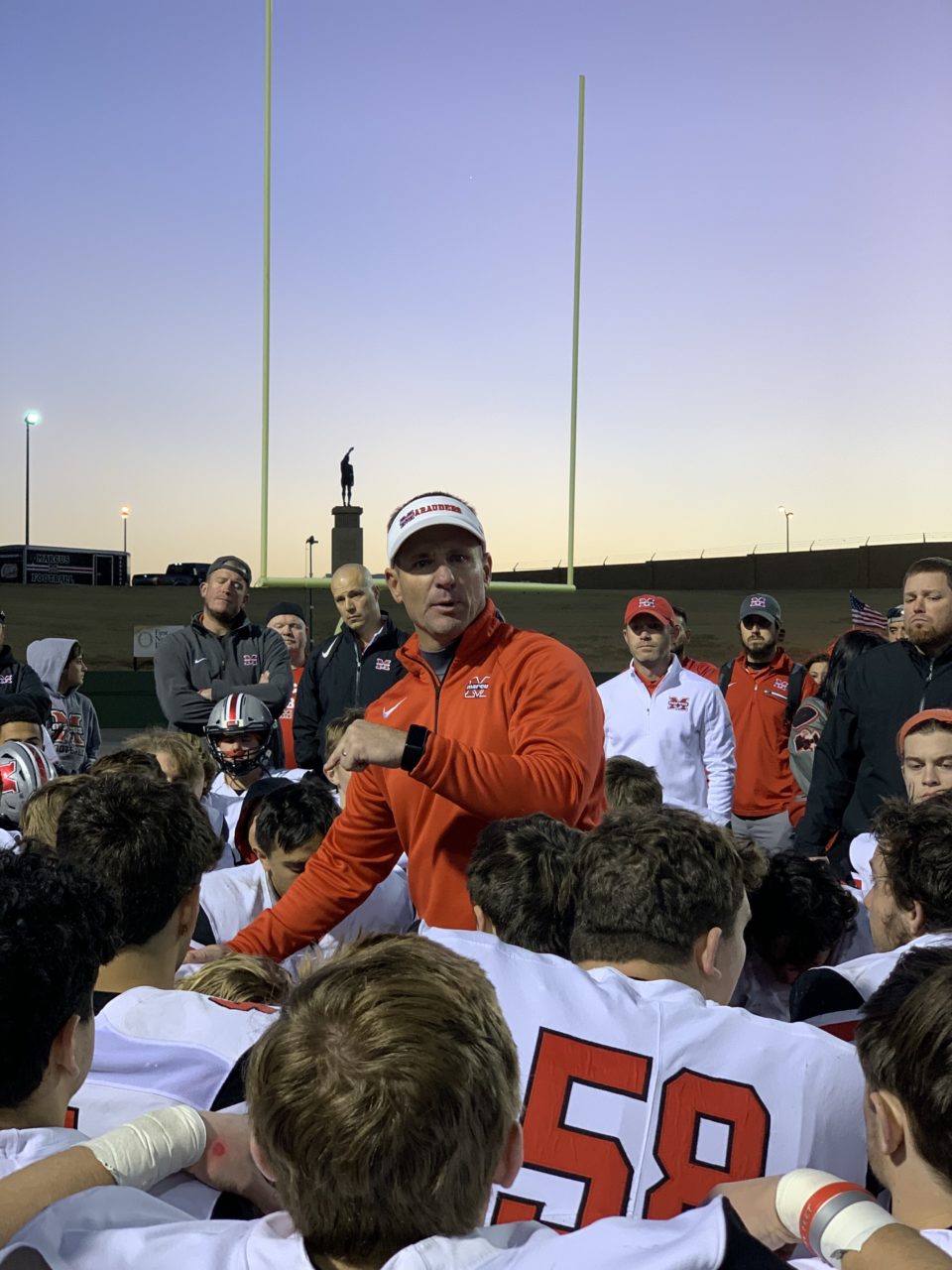 With less than two minutes left in the game, the Marauder knew this would be their last game. Players and coaches hugged and emotions filled the away sidelines. Everyone shook hands with the opponents and took a knee in front of the opponent’s band as the played the Tascosa school song. For the seniors, they said goodbye to everyone and got pictures with the coaches. The Marauders were not able to defeat the Tascosa Rebels with the final score being 46-14.

The game had crazy winds and was a major factor for both teams. After three early punts, it looked to be a low scoring game. Tasosa would score first and take the lead 7-0 with around five minutes to go. Junior quarterback Garrett Nussmeier would connect to junior wide receiver J.Michael Sturdivant on a 4th and goal to score the touchdown, however, the missed extra point would keep the Marauders trailing. The Rebels would never look back and score on back-to-back drives. They would lead the Marauders 26-6 going into halftime.

The Rebels would run the same play the entire game. They ran the triple option in the first half and continued to run it in the second half. The Rebels only attempted three passes and it went for zero yards. The Marauders knew what was coming but it was constantly a guessing game trying to decide if the quarterback was going to keep it, hand it off or toss a lateral to the receiver. With a confusing formation, it was tough to know what was going to happen. The Marauders would end up scoring late but with less than four minutes to go in the game they would make the score 39-14.Tascosa would score one last touchdown to make the final score 46-14.

Even though the season ended, the Marauders are still very proud of what they were able to do this season. They went undefeated in the district, won both rivalry games, Bi-district and Area Round champions. They finished 51st in the state and 321 in the nation(according to Maxpreps). The Marauders were able to bring the “M” back to Flower Mound and are looking forward to many great seasons ahead.

The Makings of a Dark Horse | Braswell Bengals