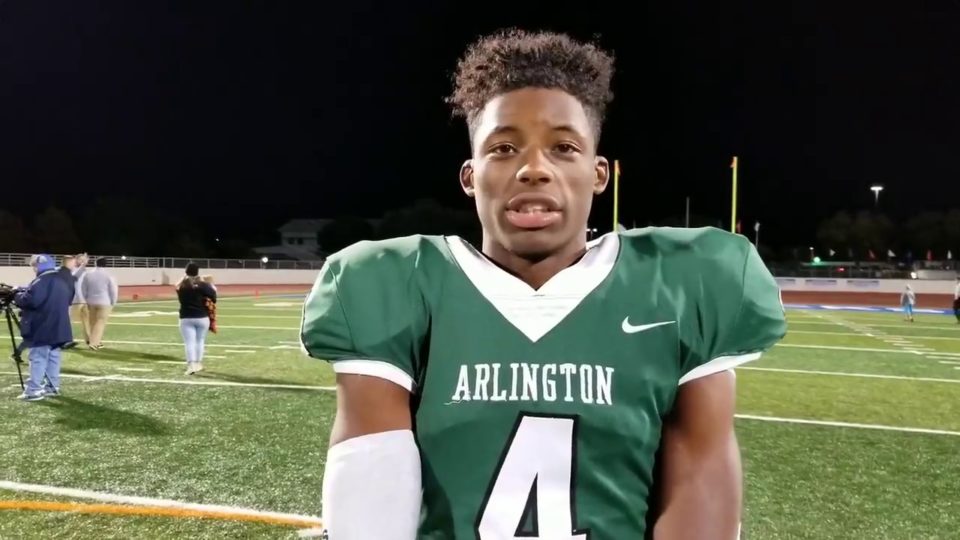 In a battle of district powers, only one team would leave undefeated. Led by QB Jahari Rogers, the Arlington Colts handed Lamar their first loss of the season 42-31.

Both teams exchanged touchdowns early. The Colts struck first as Rogers turned up the jets for a 46-yard touchdown rush. The Vikings countered with a rush of their own for a four-yard rush to tie it up with seven minutes left in the first quarter. Through the heavy downpour, Lamar continued to tack on points, adding a field goal as Alejandro Garcia put the Vikings up 10-7 with 1:22 left in the first quarter.

It was a story of missed opportunities for the Vikings in the second quarter, as they blocked a Colts’ punt but could not capitalize, missing a field goal with 5:29 left in the half. Minutes later, Deshawn Gaddie came up with the pick with less than two minutes left in the half but once again, the Vikings’ offense could not turn it into points and at halftime the score remained 10-7.

The start of the second half was delayed by rain, but it wouldn’t hold Arlington for long who came back from the long break looking to turn it around.

Rogers’ second rushing touchdown of the game with 9:54 left in the third quarter gave the Colts a lead they were not going to give back.

Rogers’ had the play of the game minutes later, reeling off a 92-yard rushing touchdown to give the Colts a 21-10 lead with 5:42 left in the third.

The Vikings, who had come out sluggish from the break, finally scored again as Caleb Phillips scored from 11-yards out for a 21-17 score with a quarter remaining.

Lamar was not going to back down, as QB Jack Dawson scored from four yards out to bring the Vikings within eleven.

Both teams’ quarterbacks exchanged scores within the final two minutes, as Rogers picked up his fifth touchdown of the night and Dawson ran in his second touchdown, but it was too little too late for the Vikings, who’s undefeated season ended 42-31 at the hands of Arlington.

The Colts improved to 10-0, capping off a their first perfect regular season since 1988 with a district title. The Rogers brothers were dominant as the backfield duo had all six touchdowns for Arlington. They now look forward to the playoffs.

For Lamar, their perfect season comes to an end. However, they don’t have much to hang their heads about. With a playoff spot clinched, they now look towards the first round of the playoffs.