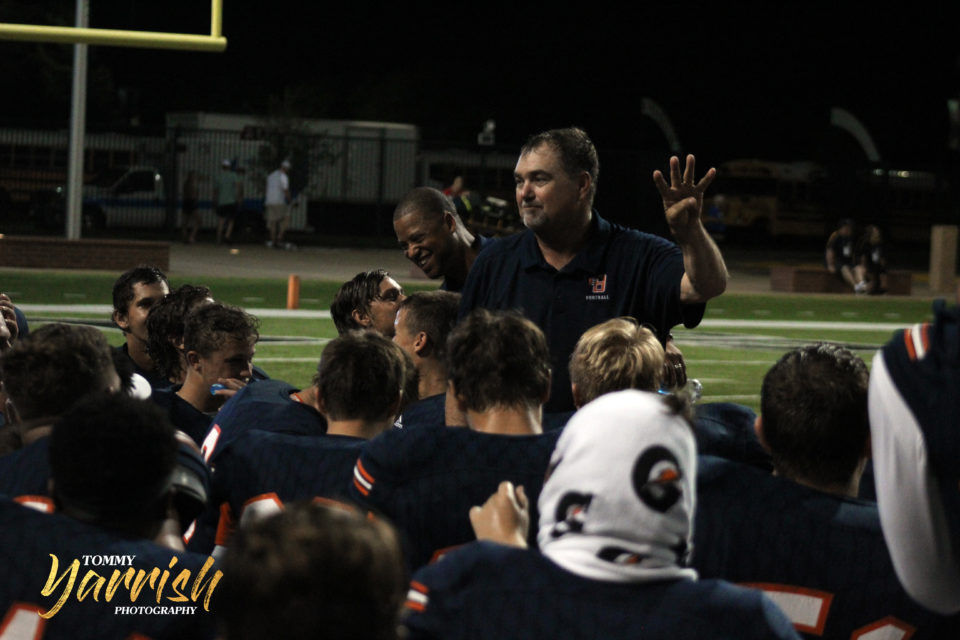 Do you remember the 21st of September? Because the Bridgeland Bears sure do.

The Bears took down district rival Cy Ranch Saturday night 48-14, proving themselves as a solid contender coming out of CFISD.

The Bears showed out yet again offensively, as quarterback Conner Weigman threw for 384 yards and four touchdowns, two of which went to Atrevion Hunter, who added on 140 yards off of 13 receptions. Running back Mason Culton had two rushing touchdowns from short range, as well as one receiving. Defensive back Jack Grier led the charge with nine tackles and a sack, and defensive back Kamren Amao had an incredible over the shoulder interception late in the third quarter, his first of the season.

Cy Ranch struggled offensively the entire night, as running back Willie Eldridge was contained to just 57 yards and a touchdown. Quarterback D.J. Ciers threw for 97 yards a touchdown to Kobe Banks, which would be all of Cy Ranch’s offense for the evening. Defensively, linebacker Landen Nowak led the Mustangs with 10 tackles, and linebacker Christian Richards had an impressive three and a half tackles for loss.