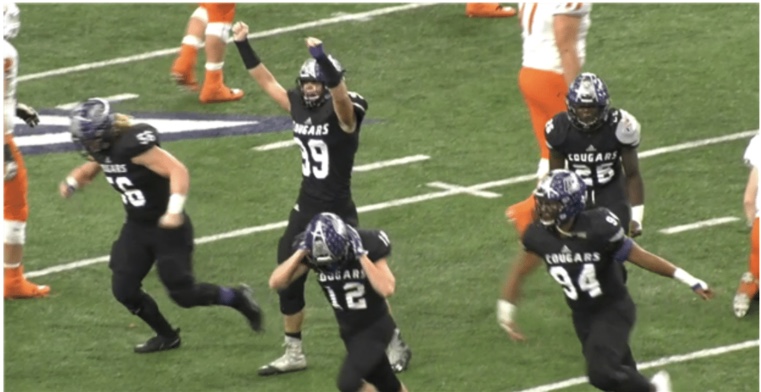 The College Station Cougars (14-2) knocked off the reigning champion Aledo Bearcats (14-1-1) 20-19 in the 5A Division II State Championship on December 23rd at AT&T Stadium.

Nick Walters was in Arlington for this thriller, which had fans sitting at the edge of their seats until Aledo’s do-or-die final offensive possession faltered.

Mart Panthers Claw Away 2A D1 Title from Refugio