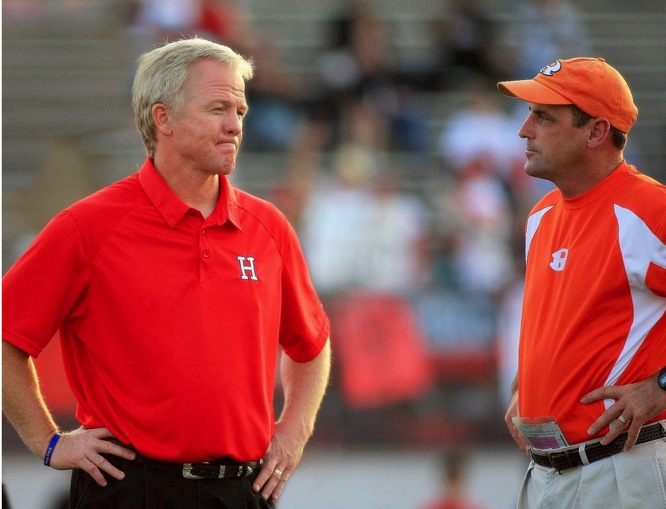 After 33 years of coaching and 25 years as a head coach, Mickey Moss has stepped down as head coach of Rockwall-Heath and has retired from coaching high school football.

In 25 seasons, Moss has recorded 180 wins and made the playoffs 16 times. Moss has also recorded 6 district titles and 10 bi-district championships.

His career started in 1994 where he coached Hamburg (Ark.) for four seasons while notching a state quarterfinal berth in 1996 and a state championship appearance in 1997. His career then brought him to Texas where Moss coached Austin High School for four seasons before making the permanent move to the Dallas-Fort Worth area, where he coached South Garland for six seasons and Rockwall-Heath for 11 seasons. His time in the DFW area saw him reach the regional finals in 2005 and 2011 while also reaching the state quarterfinals in 2008.

Over the span of his career, Moss has had over 136 players move on to the college ranks, 73 of which to Division I schools, and 12 players that have played in the NFL.

Rockwall-Heath will begin their search to replace Moss in early 2019.