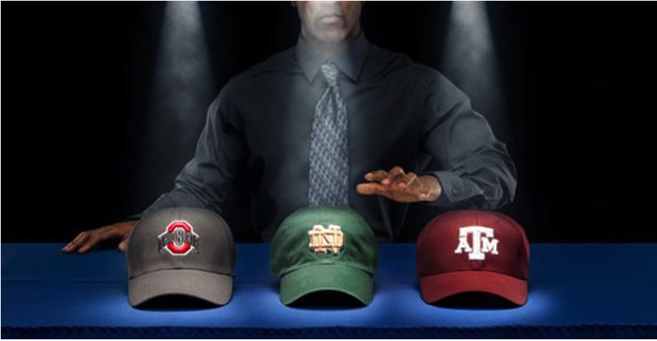 National Signing Day is upon us, and a handful of Texas prospects remain uncommitted going into February 7th. For live coverage all day, The Old Coach has you covered at this link.

Here are the top recruits to keep an eye out for as National Signing Day progresses.

Waddle will decide between Texas, TCU, Florida State, Oregon, Texas A&M and Alabama at 3:30 p.m. If Waddle chooses the Longhorns, Tom Hermanwill have landed each of the top seven recruits in Texas for 2018.

Ossai will decide between Texas and Texas A&M on Wednesday. Ossai is one of the most integral players in deciding if the Longhorns or Aggies will come out with the better class in 2018.

Bush will pick between Texas, Michigan State, Georgia, Ole Miss, and Baylor at 10:30 a.m. on ESPN2. He is fresh off of a Baylor visit this past weekend.

Washington is one of the most sought-after running backs in the state as he will decide between Arizona State and Nebraska on Wednesday. Rumors around his commitment process say he might flip to defensive back if he chooses the Sun Devils. He will choose live on ESPN2 at 1:30 p.m.

Douglas sent a big shocker to the recruiting world when he de-committed from Texas Tech the day before National Signing Day. Rumor around his Denton Ryan community says he will enroll at Jones County Junior College in Mississippi for next season despite holding offers from the Red Raiders and Indiana.

Jackson is a recent de-commit from Alabama and is expected to roll with Texas A&M on Wednesday. He also holds offers from TCU, Baylor, and Texas among others.

Johnson is also a recent de-commit as he shied away from his September decision of going to Oklahoma. He holds strong offers from Arkansas and Tennessee and is fresh off of a visit to SMU.

Ogunbanjo de-committed from Baylor last month but may still end up signing with the Bears on Wednesday. His other top choices include Utah, California, Air Force, and Arizona.

Argyle: The Most Dominant Sports Town You Don’t Know About