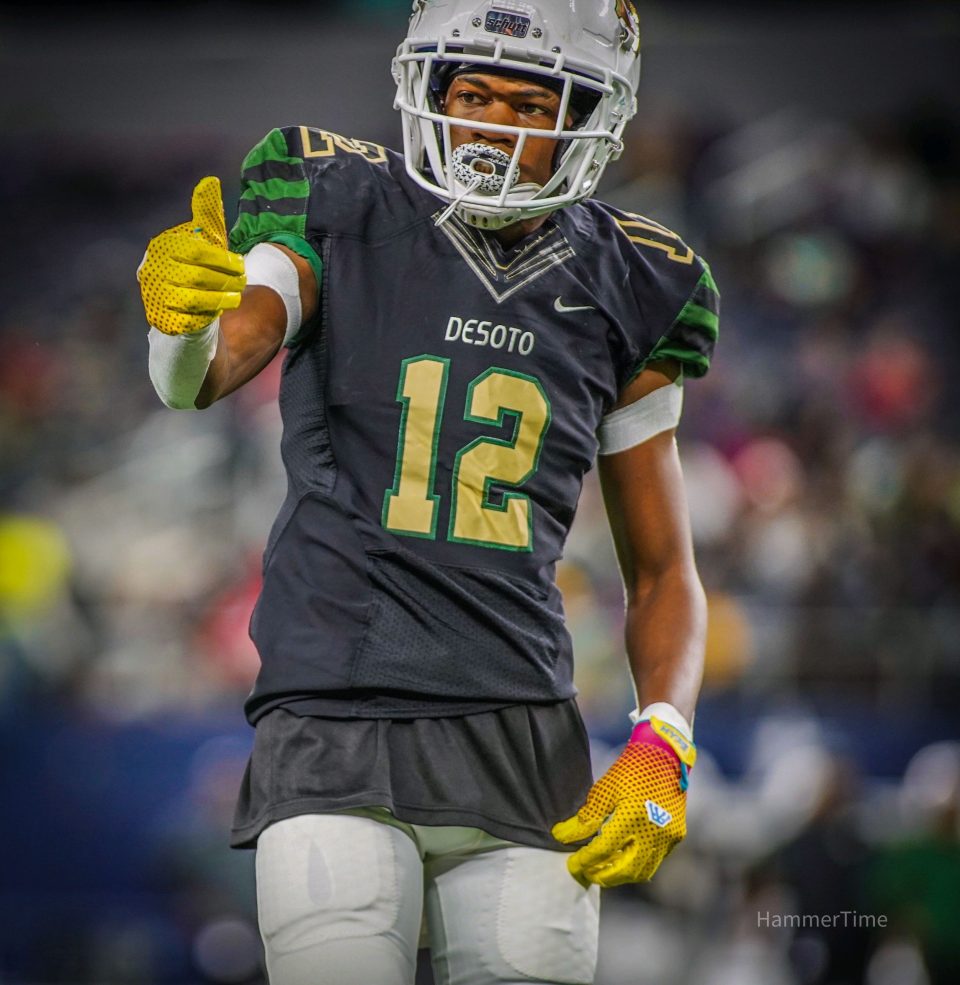 After a great 9-3 season, DeSoto quarterback, Samurai Collier on December 7 committed to Illinois. A national pandemic and a half a year later and his top returning target for the 2020 season, Jaedon Wilson, has also announced his commitment. Wilson however, is making the leap to the SEC to become an Arkansas Razorback.

“Just seeing how passionate the fans are knowing they want to win,” Wilson said on his decision.

Wilson as a junior caught 28 passes for 520 yards and seven touchdowns. It was his first season at DeSoto after transferring from Bishop Lynch. Every other player on DeSoto who had more than 100 receiving yards was a senior thus blowing the door wide open for Wilson to have an even bigger 2020.

“I definitely want to win state at DeSoto and be an All-American,” Wilson said.

DeSoto had an 8-2 regular season with their losses each coming by a single point. A 27-26 loss to Mansfield Summit and a 28-27 loss to Cedar Hill in a game that decided the district winner. DeSoto would go on to lose to powerhouse Carroll in the area round of the 6A D1 playoffs.

Despite losing some production at wide receiver and runningback DeSoto will return Wilson, Collier, two of their three leading tacklers, Shemar Turner their leading sack artist and Devyn Bobby, a sophomore who led the team in interceptions last season.

“Hard work and training. My dad pushing me every day,” Wilson said on what leads to his success.

Wilson’s brother, Dontre, a DeSoto alum and four-star prospect committed to Ohio State in 2013. He would go on to have a few short stints in the CFL with the BC Lions and the Hamilton Tiger-Cats. Jaedon Wilson now will follow in his brothers footsteps and play division one football.

With the stress of recruiting off his mind and his decision made, Wilson now looks to have the biggest 2020 season possible for him. He wants Arkansas fans though to know a few things about him before he arrives at Fayetteville.

“Razorbacks fans should know I’m laid back off the field but they will get a monster on the field.”

Wilson chose Arkansas over 26 other offers including UCLA, Kansas, Utah, Illinois, and Louisville among others.