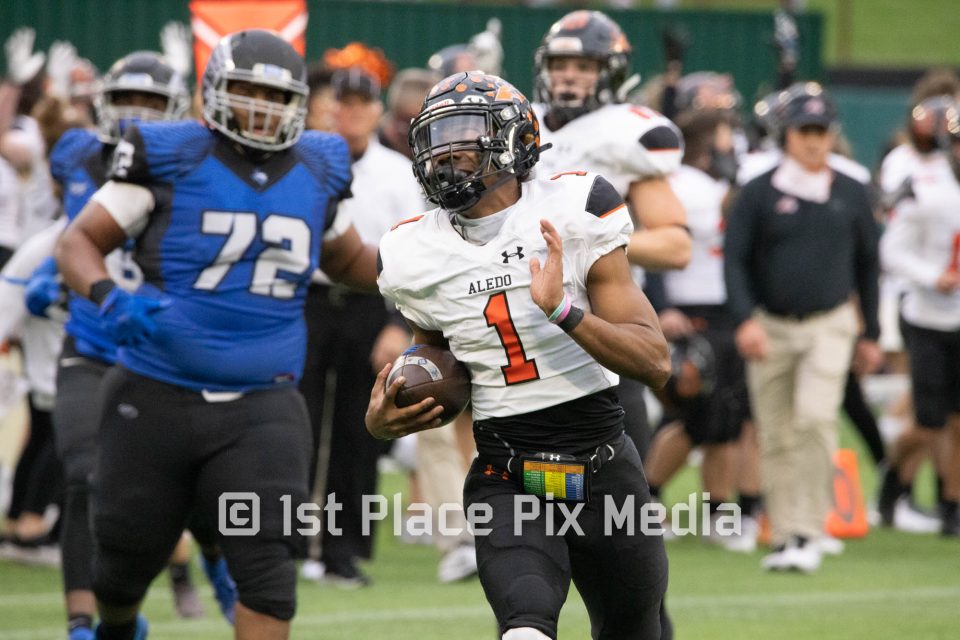 Aledo will move on to face the winner of South Oak Cliff and Frisco in the 5A DII region II semifinals.

Earle and running back Demarco Roberts made a dangerous duo for the bearcats, combining for 277 yards on the night. The North Forney defense had no answer for the rushing attack, snd ultimately it ended their season. Earle proved to be highly effective out of the wildcat formation, scoring twice after getting the direct snap.

The Aledo defense made some plays of their own, most notably an Interception by defensive back Bryan Allen early on in the game. Aledo would score on the ensuing drive

North Forney kept this game close for most of the game behind the efforts of quarterback Jacob Acuna, who had 173 all-purpose yards and two touchdowns. Acuna had a strong connection with Kam Allen, who had 7 receptions for 94 yards.

North Forney also made their own defensive stop, catching JoJo Earle down inside his own end zone for a safety in the second quarter.

GAME PREVIEW: Can Mansfield Timberview pull off the upset on one of the best teams in the state?