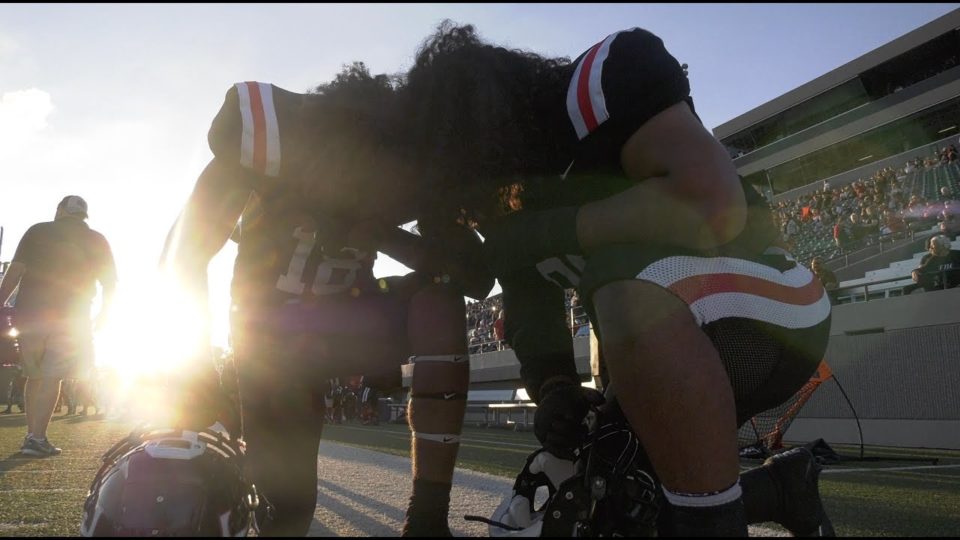 Running back Ollie Gordon scored the game winning touchdown from 2-yards out in the 4th quarter to lead Euless Trinity over Allen 49-45.

Trinity will move on to play Southlake Carroll on New Years day at 11 a.m. at Globe Life Park for the right to play in the 6A DI State semifinal matchup.

Gordon and the Trinity offense did not allow a fast paced Allen offense to phase them, The trojans continued to play their ground and pound style of offense and it paid dividend in the end. Gordon finished the game with 455 yards rushing and 6 of the 7 Trinity touchdowns.

Trinity had two key plays defensively that help lead the team to victory. Defender Sateki Wolfgramm intercepted Booty late in the third quarter that setup Trinity taking its first lead of the ballgame. Later on defensive back Jacob Schaeffer would intercept Booty on the last possession Allen would get in this game.

Booty ended up completing 32 of his 42 passes in the game, hitting 7 different receivers in the game. Hitting so many different targets in the game allowed for Booty to keep the trinity defense guessing for most of the game and allowed the spread offense to work well.

Allen also had a bright spot on kickoff, with Jordon Johnson returning a kick 100-yards to take the lead late in the fourth quarter.