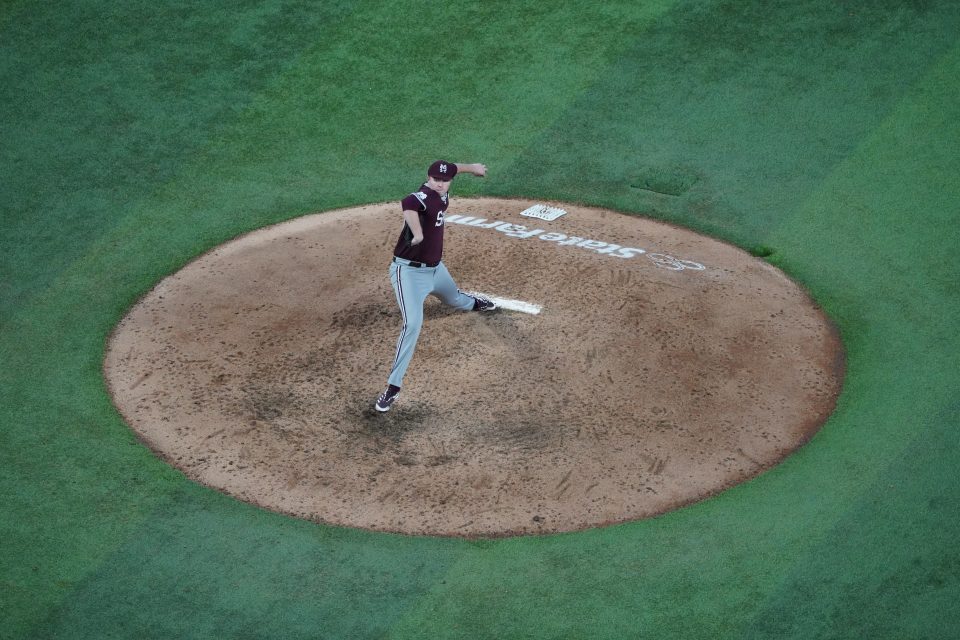 One of the most common phrases associated with the state of Texas is “Come and take it”. Well, Relif Pitcher Landon Sims decided to do just that. The Mississippi State righty went four innings in relief, allowing zero runs and zero hits while striking out 10 Longhorns to lead the Bulldogs to the win 8-3 in the State Farm Showdown opener.

Texas had a pulse in the fifth inning, getting the solo home run and then having the bases loaded with no outs. It looked as though the Longhorns were going to have a comeback for the ages: then enter Sims for Mississippi State. Sims came in and struck out three straight Longhorns and made sure this game was in the hands of the Bulldogs. Starter Christian MacLeod quickly found a groove for most of his afternoon, only giving up one run in the form of an Ivan Melendez home run in the fifth inning. MacLeod was able to take control of the game early on before that home run ball, finishing with a stat line of

Texas starter Ty Madden looked like he was going to do the same; coming out and striking out the side in the first inning while touching 97 MPH on the radar, it looked as though we were in for a low scoring game. Madden quickly was bested by the Mississippi state bats as they came alive first in the second inning and then in the fourth inning. Third basemen Landon Jordan and Left Fielder Drew McGowan started the scoring by each singling up the middle and bringing in runs. Designated Hitter Luke Hancock continued the scoring in the fourth inning with a solo home run, and centerfielder Rowdey Jordan would tack on another one in that same inning on a fielders choice. What looked to be a promising day for Madden ended after the fourth inning..

After this crazy week filled with uncertainty around the weather, power, and water, I am sure these two teams were happy to even be here playing this game, even if one team ultimately was going to lose.