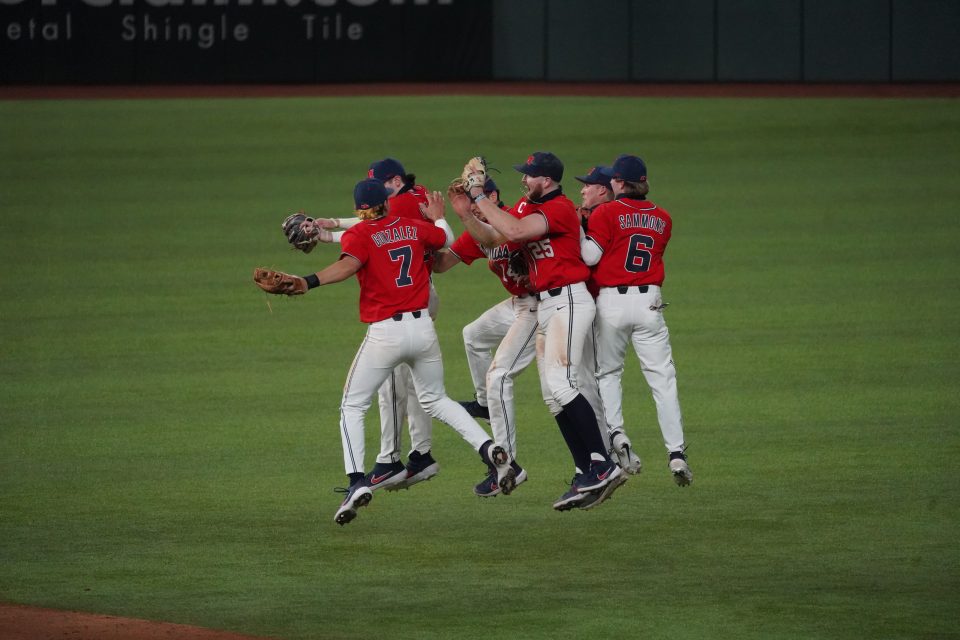 Ole Miss has a total of three guys on their team from the state of Texas, what are the odds one of those guys comes up big in the season opener? What are the odds that two of them came up clutch for the Rebels? Ask Taylor Broadway and Peyton Chatagnier and they would tell you there pretty good. Behind these two guys Ole Miss would win its first game in the State Farm College Showdown 7-3 over TCU.

Chatagnier and Broadway both hail from the city of Cypress, Texas. Both players now returning to their state and making big plays in the season opener. Broadway threw four shut out innings and got the save for Ole Miss while Chatagnier lead the team with three runs batted in, the three that ultimately put this game in the bag for the Rebels. Broadway came in relief behind relievers Jackson Kimbrell and Drew McDaniels, who combined to throw for three and one third shutout innings. It was a large bullpen effort today for the Rebels after starter Doug Nikhazy was pulled after only one and two thirds innings.

Ole Miss’ pitching staff did a good job of keeping the Horn Frogs tame most of the night, particularly keeping clean up hitter Gene Wood at bay. Wood finished the game 1 for 5 with two strikeouts and left six on base. Keeping the top of the lineup at bay was going to be key in the game for the Rebels, and they did just that.

Chatagnier and the Rebels offense made sure to do their part in the game, getting on TCU starter Johnny Ray in the second inning with a four run effort. Ray only lasted three innings and the Horn Frogs were left in a similar situation as Arkansas. Lefty reliever Haylen Green came in and threw three and two thirds innings and did not allow an earned run. Two runners he left on bases scored after he left the game but they were due to a collision in the outfield that was ruled an error.

Ole Miss will move on to play Texas Tech on Sunday Feb 21 at 3 p.m. and TCU will play Mississippi State at 11 a.m. on Sunday. With the win for the Rebels the state of Mississippi also swept its games on day one, as Mississippi State beat Texas in the opener of the tournament.