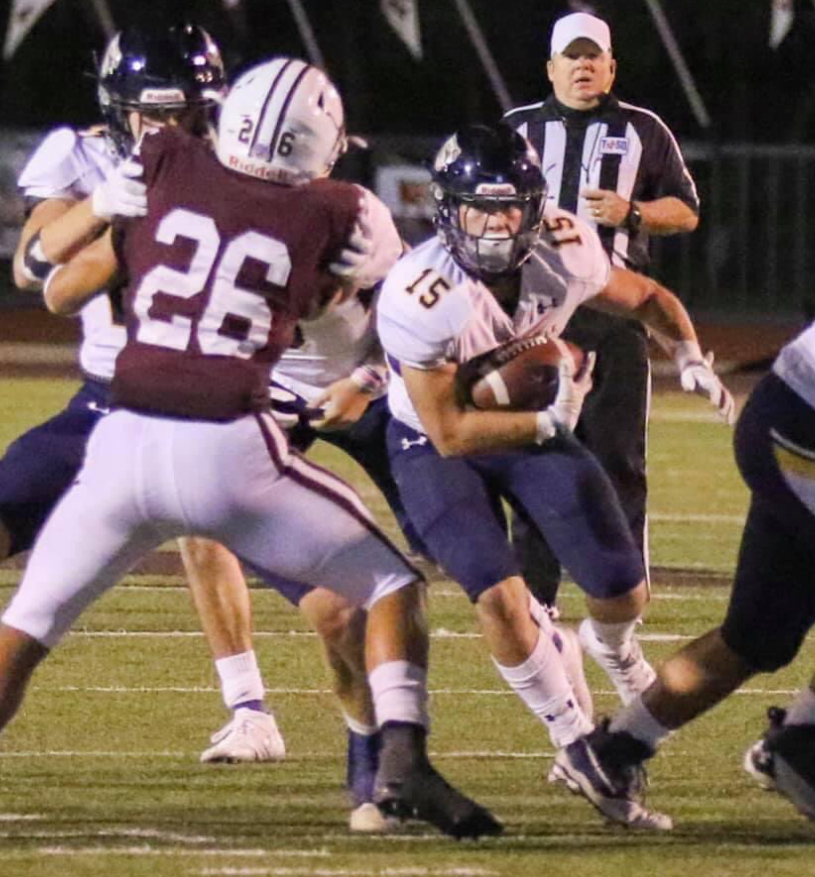 Every year players slip under the radar in the wide world of Texas Football, especially when it comes to 4A.

One of the top players in Texas that no one talks about is Stephenville running back Kason Philips. The Stephenville running back had a career day on Friday as the Yellow Jackets earned their first district victory with a 59-34 win over Brownwood. In the victory, Philips ran for a ridiculous 276 yards and six touchdowns on 11 yards a carry. That wasn’t all though as he also hauled in a pair of receptions for 74 yards.

Philips due to his play has been nominated for the Mr. Texas Football Player of the Week.

“We got a lot of key players back on defense and our offense has been rolling. Our team is on an all-time high right now and we are hard to stop,” Philips said on his team’s recent success.

Stephenville started the year 1-3, including getting shutout by powerhouse Lampasas. Recently, they’ve been on a tear though as they’ve defeated Dumas and Brownwood by scoring an average of 52.5 points per game.

With the recent wins, Stephenville now finds themselves at .500 with a 3-3 record. Philips last year in a full season only had 941 yards and six touchdowns. He’s already eclipsed his last season in just half a season this year.

“I have to first give the credit to the line and the coaching staff. Coach Doty and Coach Hodges have done a great job with me and our game plan going into the game. The line gets me in the right position to make plays, they make it easy,” Philips said.

Stephenville last season went 6-5 and made a run to the area round of the 4A D1 playoffs until they ran into Argyle. Even in the loss though Stephenville showed that they arrived. Against one of the best teams in the state, even in a loss, put up 49 points and gave Argyle a run for their money.

Philips and Stephenville this year are looking to make another run but this time make it further than they did last year. With Philips playing this sensational, the sky is the limit for Stephenville.

“We have to keep rolling,” Philips said. “Our team will always put the effort in, but we also need to execute better, and if we can do that, I don’t think we can be stopped.”

Philips, for some reason only holds offers from Austin College, Birmingham-Southern, and Hendrix College. Philips straight up is one of the best players in Texas, regardless of position or team or situation. It’s a travesty he doesn’t have more offers so college coaches better soon hop on the Kason Philips train quick cause that could all change soon.

Stephenville has its biggest game of the season this Friday when they host powerhouse Waco La Vega. Philips and Stephenville have an opportunity to put themselves on the map. Expect them to take that opportunity and run with it.

“You can expect us to go into La Vega the same way we go into any other game. We always think 1-0 and exciting every play. If we do that then we will come out on top,” Philips said.