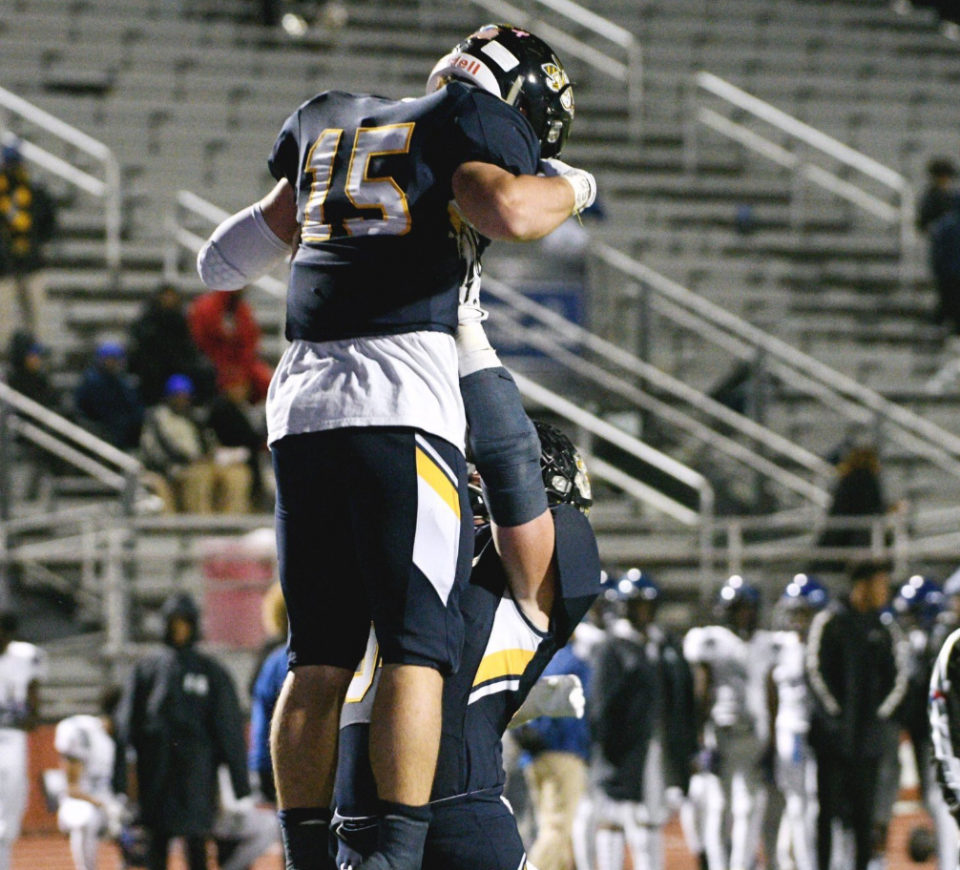 On March 13 the UIL suspended all activities in direct response to the COVID-19 pandemic. Basketball was nearing the end of the playoffs, baseball was just getting underway.

On April 17 they followed up the suspension with a complete cancellation of spring sports and state championship events.

The news was expected. It was the right call, still, the decision sent shockwaves around the state of Texas. Seniors in their final year wouldn’t get that last hoorah with their brothers or sisters. State champions wouldn’t be crowned. But, it was all for the betterment of everyone’s health and safety.

However, on May 19 we finally received some positive news. The UIL announced the return of on-campus workouts to begin on June 8. A huge step forward if we want any chance of Friday night lights in September.

“I’m excited for the opportunity to get back with my teammates and coaches and start working towards a state championship,” Kason Philips said.

Kason Philips is a running back from Stephenville. Stephenville was home to head coach Art Briles, in which they won four titles during his decade-long tenure. It’s also been called home by former NFL quarterback Kevin Kolb and soon to be starting NFL quarterback, Jarrett Stidham.

The Yellow Jackets last year with Philips as a junior went 6-5. Their season started with a 42-14 loss to powerhouse Argyle and it ended with a much more competitive bout a 63-49 loss in the first round of the 4AD1 state playoffs.

“The goal is always a district championship, then a state championship. In a town like Stephenville built on tradition, if you don’t come out on top, it’s not a successful season,” Philips explained.

Philips last season was a workhorse in both the running and passing game for the Yellow Jackets. He led the team in rushing with 938 rushing yards on over six yards a carry and 10 touchdowns. He coupled that with 180 receiving yards and two more touchdowns. His hard work has paid off as he has recently received an offer to play football at Hendrix college, likely the first of many.

“It felt really good. I’m blessed for the opportunity coach Phillips gave me and the rest of the coaching staff gave me to go play at the next level. It felt good to get the first offer out of the way. It takes a lot of pressure off, and now I’m just ready to get to work,” Philips said on receiving his first offer.

“My work ethic,” Philips said on what leads to his personal success. “I’m proud to say that I’m one of the hardest workers in the Stephenville program and I think that’s what separates me from a lot of kids my age. Another reason is because of the great coaching staff we have at Stephenville that want to see me succeed and push me to another level.”

Stephenville almost got redemption on Argyle last season. With athletes like Philips coming back, 2020 could be the year they right that wrong.

The UIL made a huge decision to allow the start of on-campus workouts in a few weeks on June 8. It’s a massive step forward to ensure we get another amazing season of Texas High School Football, virus-free.

Philips will come into the 2020 season as one of the more underrated prospects available in Texas. A guy who can do it all who all universities should keep their eyes on. What can we expect out of him his senior year?

“They are going to see a different side of me this year. I’m going to step up as a leader on and off the field. I want to be the teammate everyone looks up to and will fill the role as I will this upcoming season. I’ll do whatever it takes to win the game.”