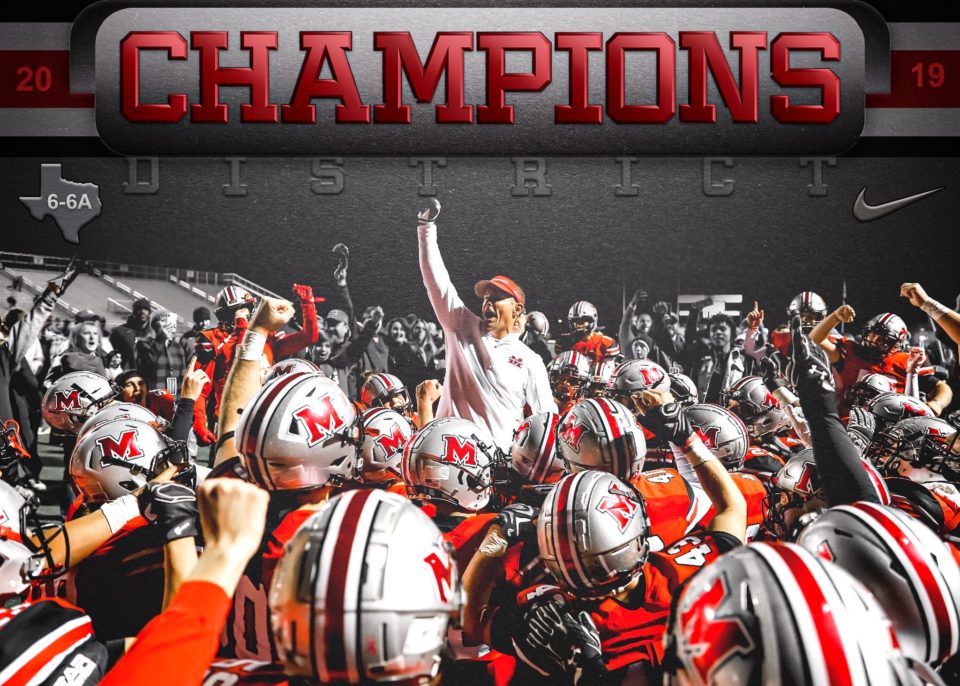 The Marauders were victorious over the Irving MacArthur Cardinals last night with a final score of 49-13. This win made the Marauders the 6-6A district champions for the first time since 1997.

The Marauder offense scored on five of their nine offensive drives and  accumulated over 600 yards of offense, which is the most of the season. They also got 32 first downs and averaged 6.2 rushing yards a carry.

Senior wide receiver Jaden Robinson got in the endzone twice.

“Whenever I get the ball in my hands, I just try to make a play,” Robinson said. “Credit goes to my offensive line for blocking  and my receivers that were blocking for me.”

“I’m really excited,” Barr said. “We put so much work in. To finally see the success that we have been having is so great.”

The Marauders’ defense made the Cardinals’ offense go two for ten on third down conversions.They also held the offense to 164 rushing yards and 310 all purpose yards.

The team, who secured a playoff spot last week after a win over Flower Mound, and will play the first round of the playoffs at home. They’re projected to play against Keller Central, which is ranked 42nd in the 6A rankings. However, the Marauders still have one game left in the regular season – the Battle of the Axe. It will be on November 8th in Lewisville stadium at 7 p.m.

“[We’re] just trying to go 1-0 every game,” Robinson said. “Next week is huge for us because we all know what happened last year. We want to get that axe back and go as far as we can with this team.”