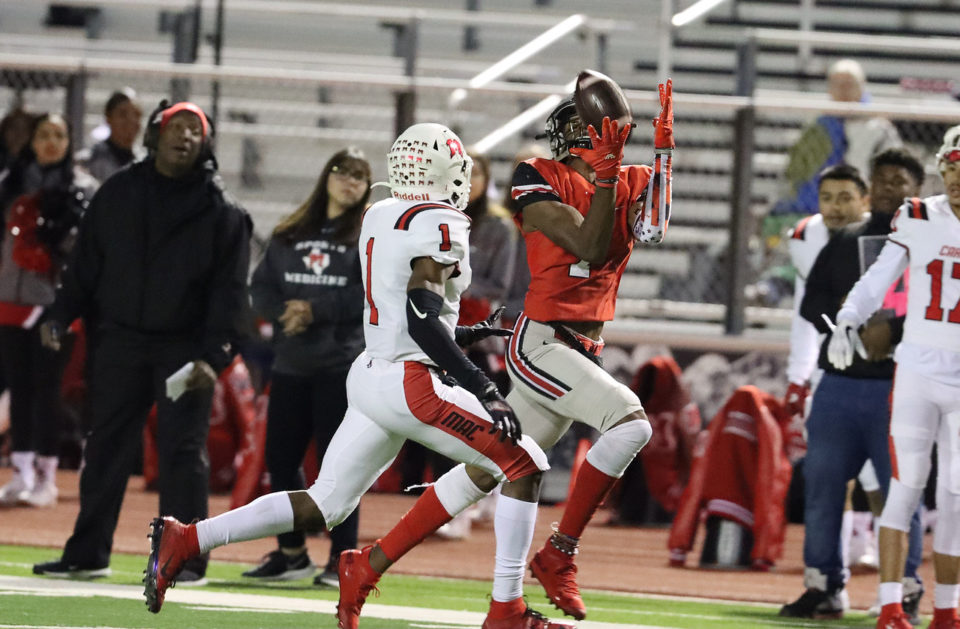 The Marauders will take on the Lewisville Farmers at the Battle of the Axe tomorrow night. The game will be held at 7 p.m. in Lewisville’s Stadium.

The Marauders are looking to end the regular season by bringing the axe back home.

“To get the axe back for this team would be really good for [us] as we get into the playoffs,” junior quarterback Garrett Nussmeier said.

The Farmers’ offense is coming into the game with multiple star players. Dual-threat junior quarterback Taylen Green has thrown for 1756 passing yards with 21 touchdowns and two interceptions with a 62% percent completion. Green uses his speed to rush for 411 yards on scrambles with nine touchdowns with his feet.

The starting running back for the Farmers is sophomore Damien Martinez. He has had 532 rushing yards on the season and eight touchdowns.

Their top wide receiver is sophomore Armani Winfield, who has a total of 43 receptions with 637 yards and 8 touchdowns.

“Their a fast team, they like to move the ball,” senior safety Marcellus Lockley said. “They have a lot of aspects and different people on the team. So we believe that we’ll stop their offense and help us win the game.”

The Farmers’ defense has held all but one game to under 20 points or less. Their defensive line is known to be aggressive, putting opposing quarterbacks under pressure.

This past September, the Farmers lost sophomore16-year-old Deshaud Williams when he was reported to have collapsed in his twin brother’s arms. Williams played on the junior varsity team as a defensive tackle. Several of the Marauders’ players and staff reached out to the Farmers via twitter and gave their well wishes. Head coach Kevin Atkinson addressed the team about the situation and gave them a speech about football and life.

Even though it’s a rivalry, the Marauders team is looking at the situation as bigger than football.