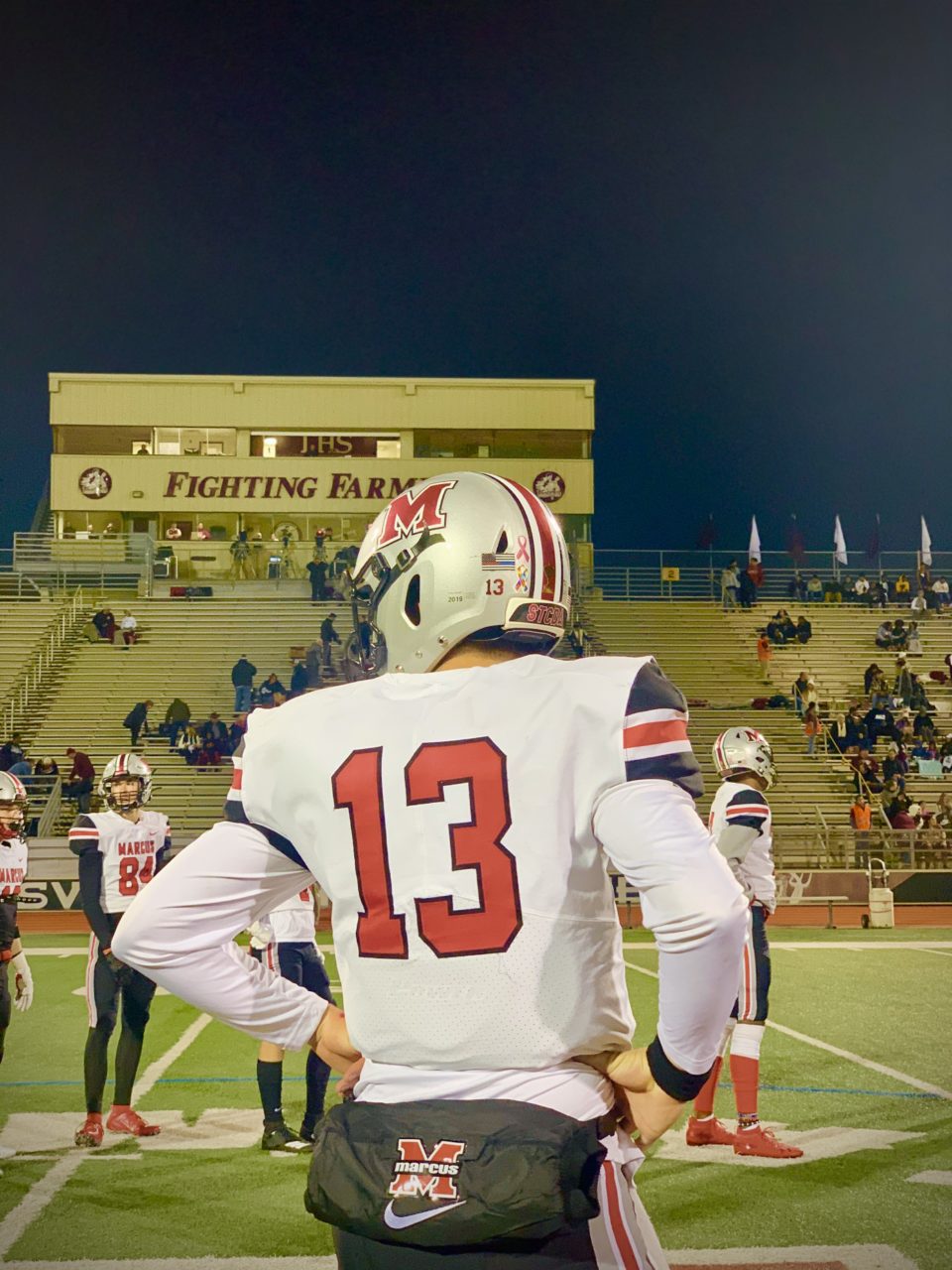 The Marauders defense will have to stop the Amarillo Tascosa Rebels rushing attack if they want to get past the Regional Round. The two teams will go head to head tomorrow at 3 p.m.The game will be played in Memorial Stadium in Wichita Falls. With the Marauders being one of the remaining 16 teams left in the tournament they know every team is going to be a challenge.

“Everyone in the playoffs is good,” junior wide receiver J.Michael Sturdivant said. “So we know they’re going to be as good as us. We have to go into the week knowing we’re going to have a difficult game and we will have to play our best to come out successful.”

The Tascosa offense loves to run the ball, a lot like Lake Highlands. They average 410 rushing yards a game and put up 392 rushing yards last Friday against Arlington Bowie. Senior quarterback Joseph Plunk leads the team in carries and yards, having over 2,000 yards and 27 touchdowns with his legs. He rushed for over 200 yards and three touchdowns over Bowie. This shows us that the team runs the triple-option as their base play and work from there.The rushing attack has been able to get them their wins as they have been able to get fivestraight wins with over 30+ points.

“We have to play assignment football.” head coach Kevin Atkinson said. “When you’re playing a triple-option team you don’t necessarily go to the ball. You got to go to where your assignment tells you.”

The Marauder defense has done a good job throughout the season stopping the run. They averager 174 rushing yards allowed in their last five games. Players like senior linebacker Ethan Barr is what makes it tough to run the ball against. He has 88 tackles,5 sacks and 2 interceptions and fumbles each. The Marcus defense knows that if they want to come out of this game victorious they will need to stop that rushing attack.

With the Marauders going into the Regional round they know that this is when the playoffs start to get tough. They are doing something that other Marauder teams haven’t been able to do, since the last time the Marauders made the playoffs they didn’t make it to round three. The players say its the “brotherhood” and “were like one big family” every time I ask them what makes them successful.

“We’ll continue to play as hard as we’ve been playing and work like we have been working.” junior quarterback Garrett Nussmeier said. “We had a great week of practice so I’m looking forward to the game and hoping to go to round four.”