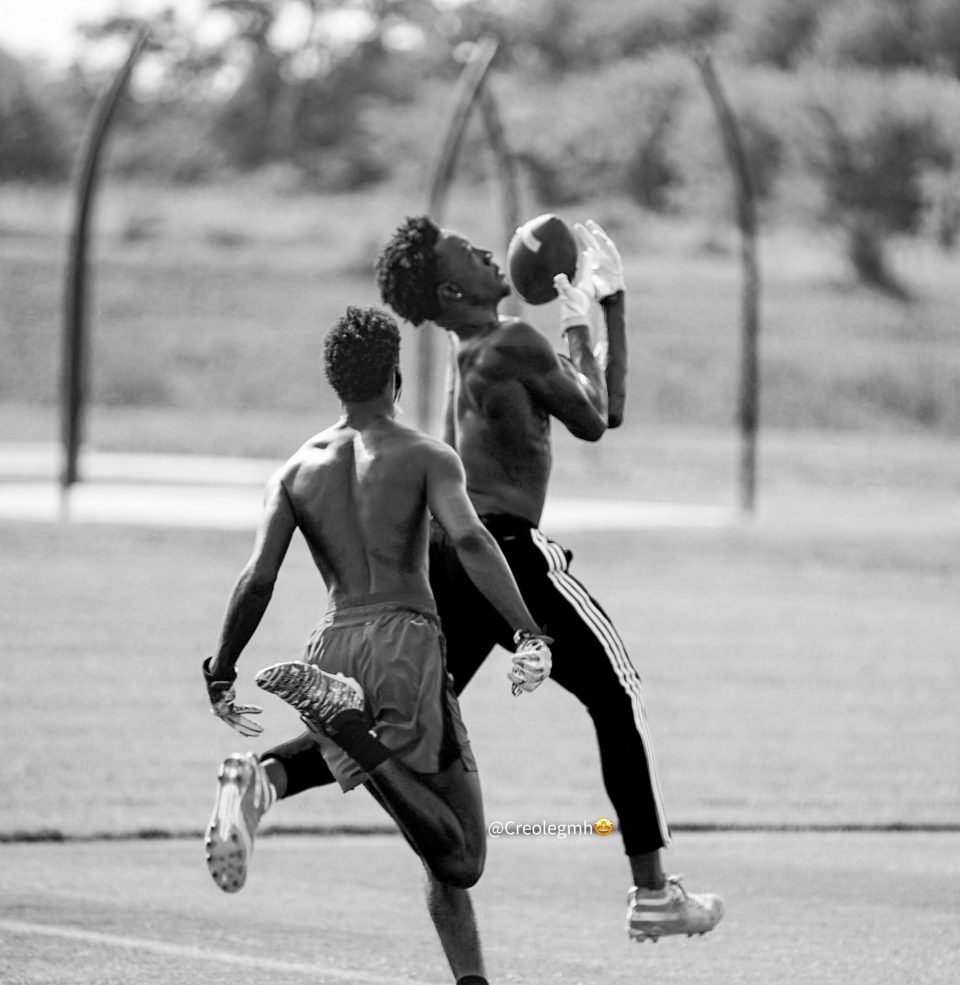 Braswell is one of the most interesting teams heading into the 2020 football season.

They’re coming off the heels of their best season ever. Most wins in a season (9) and they clinched their first playoff berth as well as playoff victory.

But, Braswell is facing a big change in 2020 as they move from 5A D2 to 6A and a brand new district. The district features some of 6A’s big players like Allen and Guyer. It also includes playoff teams from last year in 6A with Mckinney and Prosper.

Braswell in order to make a run though has a secret weapon at their disposal, and his name is Lezeric Bailey.

Bailey is an insane 6’5 200-pound athlete who’s expected to be one of the newest weapons for Braswell quarterback Tristan McClary.

“I work out two times a day plus the workouts we have at the school,” Bailey said on his success.

Bailey is a star basketball player who is new to football. He was expecting to be able to finally show off his abilities in spring camps but the world and COVID-19 had a different plan. He’s recently been showing off his abilities in Pylon 7 on 7 play and been balling out.

By the time he takes the field at Braswell, he’ll still be relatively unknown, But, not for long after a few weeks of play, Bailey will make his presence known.

“My goal this year is to make a name for myself and get a chance to show what I can do.

For Braswell, I want us to go all the way, I really feel like we can do it,” Bailey said.

For Braswell Bengal basketball Bailey finished third in scoring per game (7.7) first in rebounds (8.8) and first in blocks (1.7.) Bailey shot over 55% from the field while Braswell averaged 57 points per game and just as the football team made it to the second round of the 5A playoffs.

“Basketball has kept me running so all the running we do in football isn’t all that bad,” Bailey said

Braswell put the state on notice in 2019. Their offense was electric and they were one of the more fun teams to watch at all times. This year, even though they move to 6A and have a new quarterback, expect some of the same things from the Braswell Bengals

“Tell the fans we are putting on a show every Friday.”