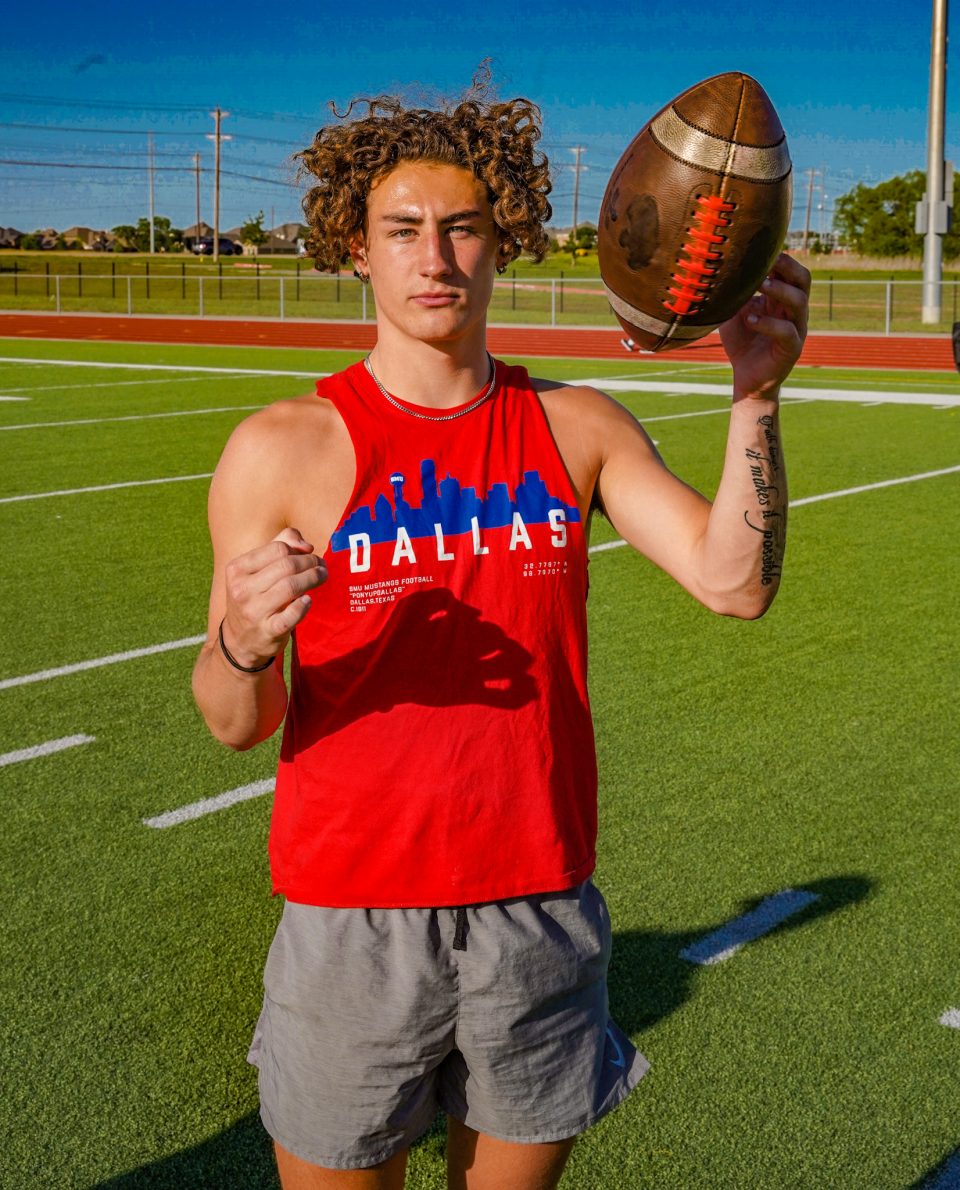 Braswell last year had its best season in program history. After opening in 2016 their first three years saw an 0-10 season followed by 5 wins in their next two seasons.

2019 saw Braswell reach nine wins, most in program history. A 5A D2 playoff victory, first in program history, and an offense that scored nearly 45 points per game. After his massively successful season, head coach Cody Moore decided to take the Plano head coaching job. All good things must come to an end.

Except for that one day later, he changed his mind and announced he would be coming back to Braswell for his fifth year as head coach and athletic director.

Braswell though has a little bit of an uphill battle to climb. They move from 5A to 6A and join a loaded district with four other playoff teams from last year (Allen, Guyer, Mckinney, Prosper.) On top of that, their quarterback, Greyson Thompson who threw for over 3,000 yards and 35 touchdowns departs for North Texas. The answer to that? Tristan McClary

After a 10-0 season as the junior varsity quarterback, McClary came into varsity with huge expectations but ultimately lost the job to Thomspon. He ended up being a utility player in his junior year instead. He ran the ball for over 100 yards with eight rushing touchdowns while also catching nine passes for 153 yards and two more scores. McClary came in as the wildcat quarterback, he played safety, it’s safe to say McClary did it all. He enters his senior season though, finally as QB1.

“It’s exciting! I’m ready and looking forward to leading this team and being the guy that others look up to,” McClary said on taking the reigns at QB. “I’ve been working towards and waiting for this moment my whole life. To play 6A football in the state of Texas is every young football player’s dream and to be QB1 is the ultimate.”

McClary has one mission for 2020 “continue to sharpen the axe.”

“Keeping the excitement and intensity of what we built last year and keeping everyone accountable,” McClary said. We are a brotherhood and a lot of us have been together since we were eight years old. We believe in our talent and believe we can match up to anyone in the district and beyond. We have nine returning starters on an offense that averaged almost 500 yards a game and oud defense will be much improved with a lot of big strong athletes.

Cody Moore returning to Braswell is beyond huge for the Bengals. Moore has not only been instrumental in the success of Braswell but in all these kids as a whole.

“I love Coach Moore as well as the rest of the team. He has been our coach since we were in seventh grade before there was a Braswell High School, so for him to put out football family first over everything else just proved to us and everyone else looking that we have something really special here at Braswell,” McClary said. “He has always said that there are big plans for me and he’s been another father figure that I look up to. I can’t imagine having a different coach for my senior season.”

After such a turnaround season in 2019, Braswell has lofty expectations for 2020 even in such a crowded district. Their last four games in 2020 will be one of the toughest slates of games in the state. Fourth to last game, no worries just the 6A D2 runner up, Denton Guyer. After that, a Mckinney Boyd team who made it to the area round of the 6A D2 playoffs last year. Then, a Prosper squad who was one game away from the 6A D1 semifinals. After all of that, they get to end their year with perennial powerhouse, Allen.

Even with that all being said, McClary is confident heading into the 2020 season.

“The goal is to take it one snap at a time, one practice at a time, one game at a time. I’m always looking to improve on the previous snap, practice, and game,” McClary said on his expectations for 2020. “We understand that we are making a huge jump from 5A-2 to 6A and that we are in a district with traditional powers like Allen, Guyer, and Mckinney along with a strong Prosper team. But, we believe that we are as talented if not more talented than any team in our district and beyond.”

McClary in 2020 finally gets an opportunity to show the world he’s more than just a swiss-army knife gadget player. He gets to show everyone that he can be the man.

What leads to his success on the football field? The big man upstairs and his ability to lead.

“Striving for greatness through my faith in God and my salvation through Jesus Christ,” McClary said. “

“Faith does not make it easy, it just makes it possible,” McClary says is the quote that he lives by every day. “My success is going to come from being a leader no matter the situation on and off the field.”

Tristan McClary has a lot to prove and a lot to live up to in 2020. Braswell is coming off easily its best season in program history. Can McClary take them even further than Greyson Thompson did last year?