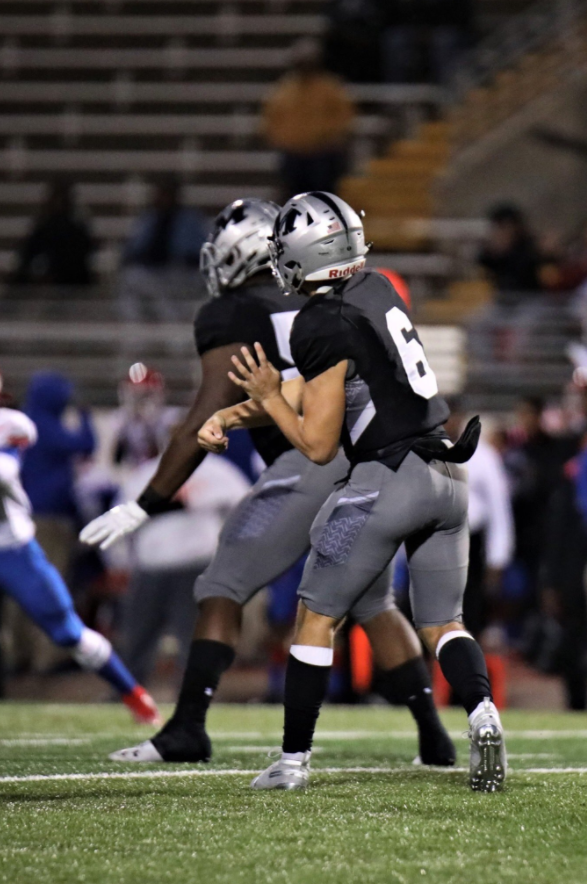 Army has its 1-2 punch for the next few years locked down. In June, Katy Taylor running back, Casey Shorter, announced his commitment to Army. Yesterday, they got their quarterback in the form of Martin’s Zach Mundell.

“Going to a school that plays high-level football, and gives one of the best education in the country,” the star quarterback said. “Those are the two big reasons why I saw Army as an opportunity that I couldn’t give up.”

Zach Mundell was one of the top quarterbacks in the Dallas/Fort Worth area last year. He was named the District 4-6A offensive MVP as a junior. During his MVP campaign, he threw for 1,501 yards with 20 touchdowns whilst running for 742 yards and 16 more touchdowns. He’s easily one of the top dual-threats we have in Texas and someone who will fit right into Army’s offense.

Mundell led Martin to an 11-2 record where they made it to the third round of the 6A D1 playoffs before running into a state powerhouse, Duncanville.

“What leads to my success is the preparation I put in to be the best one on the field and the mindset of never giving up,” Mundell explained.

Due to the realignment, Martin, who were district champions last year now have to face Grand Prairie and South Grand Prairie, but their district also loses North Crowley, Paschal, and Trimble Tech. Mundell and Martin were regarded as one of the top teams in Texas last year. They easily beat other dominant forces such as Lake Travis and Lamar. Mundell expects to keep that success going into the 2020 season.

“The goal is to win state,” Mundell simply put.

Zach Mundell has one more year as a Martin Warrior to try and end his career on top. I the meantime, Army now has seven hard commits for the 2021 class. Via 247Sports Army ranks as number 118 in the nation. He joins the aforementioned Shorter as the lone other Texan in their class. Mundell has a message for fans awaiting his arrival.

“I’m ready and excited to be an Army quarterback.”