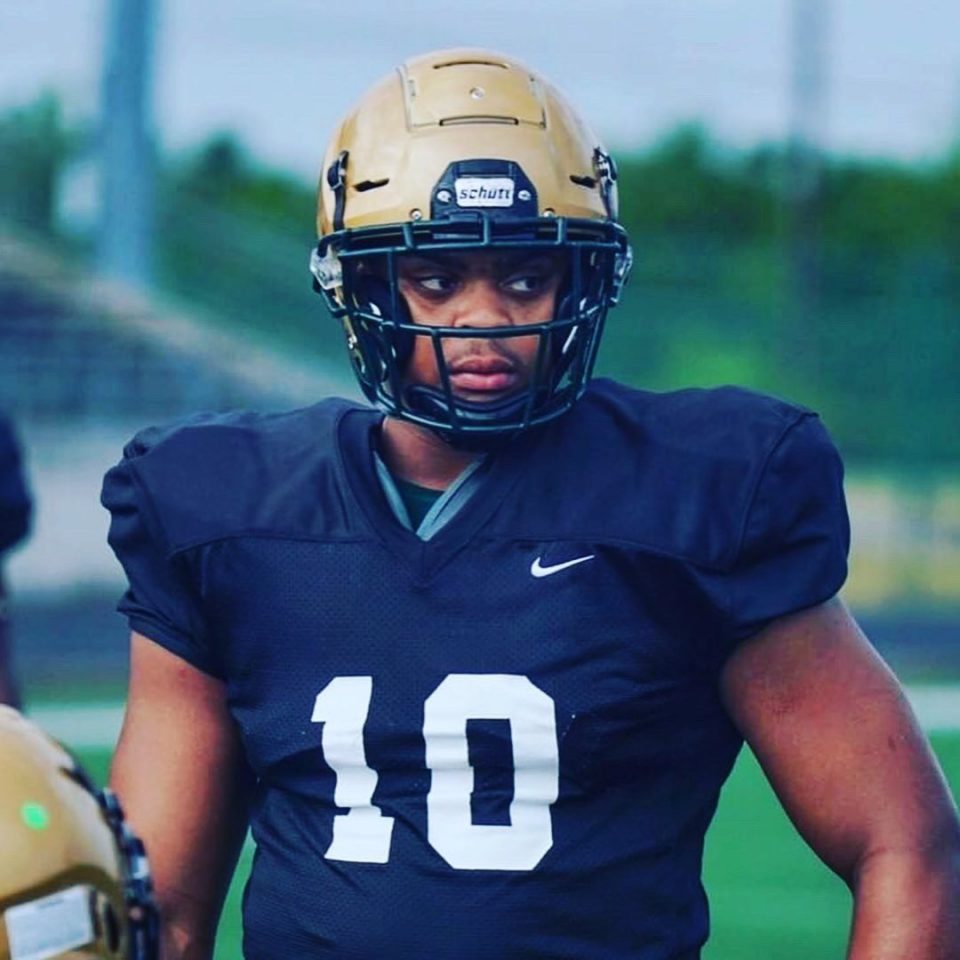 Baylor has done an outstanding job recruiting some of the best athletes the state of Texas has to offer. It’s 2021 class is chock-full of a who’s who in Texas High School Football. Kyron Drones, state champions quarterback for Shadow Creek, a future Bear. Four elite wide receivers including Roderick Daniels from Duncanville and Mansfield Summit’s Hal Presley.

In total, they have 16 commits for its 2021 class. Number 16 is one of the best defensive lineman in the state, DeSoto’s Byron Murphy II.

Murphy II is a three-star commit via the 247Sports Composite. He’s rated as the 58th best player in the state of Texas and the 23rd ranked defensive tackle for his class.

Back in late May, Murphy announced via twitter that his top-10 was Baylor, Colorado, Georgia, Houston, Illinois, Iowa State, Memphis, Minnesota, Mississippi State, and SMU. Today he makes it official. He will be a Baylor Bear.

“The Baylor coaching staff worked diligently to build a relationship with me, made me feel wanted, detailed their plan to develop me in college, and prepare me for the next level. The school checked every box on my list: Great academic program, coaches to develop me on and off the field, the opportunity to play early, Close to home and family with the ability to attend games,” Murphy said.

“I have built strong relationships with Coach Aranda, Coach McGuire, Coach Johnson, and Coach Holmes. They told me that I was the missing piece on defense and that I will see the field early,” Murphy added.

Baylor is now the 19th ranked class via 247Sports nationally and number two in the Big-12.

Murphy in 2019 recorded 98 tackles including 12 for a loss, with five and a half sacks, four forced fumbles, and three recoveries, Three stars doesn’t give this freak of nature justice.

Murphy returns to a stacked DeSoto squad poised to make a run in 2020. Despite the fact that Duncanville among others joins their district now the ‘district of doom’ Murphy is more determined than ever.

“My goal for my senior season is to win state,” Murphy said.

Baylor is getting an absolute steal with Byron Murphy II. The Bears last year reasserted themselves near the top of the Big-12. With commits like Murphy, they’ll be staying there for a long time.