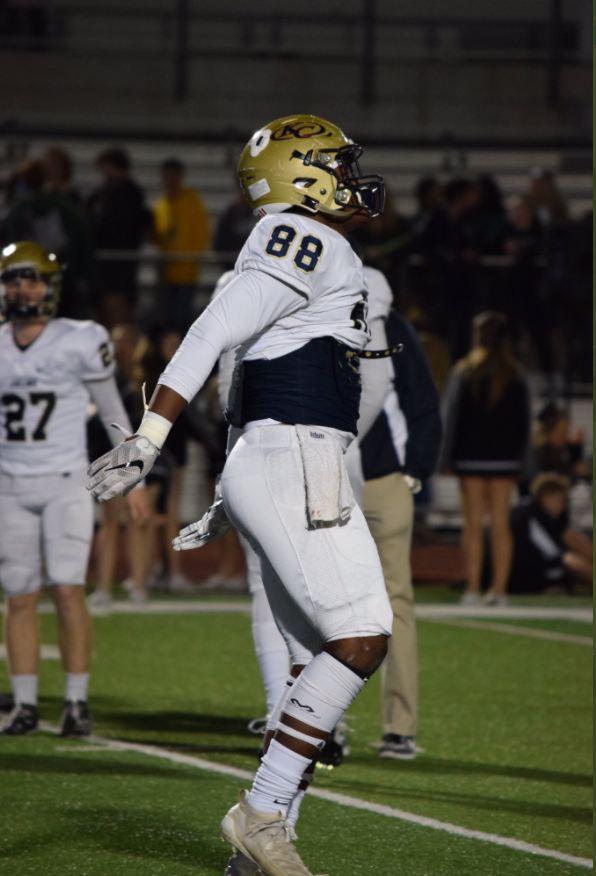 Sam Houston State had a good day for recruiting on Friday as they landed two commitments from Texan natives. Maize Washington a defensive tackle from Alief Taylor and Trenton Ward a defensive end from Klein Collins.

“The coaches and the community brought a lot to my attention. I loved the vibes and the connection I had with the coaches it felt like I was at my own high school again,” Ward explained.

Ward, a 6’3 250-pound edge rusher from Klein Collins is a three-star commit via 247Sports. He was part of the all-district team last season as a junior. Listed as the 69th ranked player at his position and the 203rd ranked player overall in the state of Texas.

Klein Collins had an amazing season in 2019 going 11-2. On defense, they let up less than 14 points a game. They ended Vandegrift’s perfect season in the area round before falling to Dallas Jesuit by seven in the third round of the 6A D2 state playoffs.

“Hard work, dedication, and sacrifice,” Ward said on what leads to his success.

Due to COVID-19, the NCAA had to create a recruiting dead period this summer. Still, universities were allowed to give virtual tours as a means of showing off what they can offer to potential student-athletes. Ward received seven offers from the likes of Louisiana-Monore, New Mexico State, Prairie View A&M, Southern, Tennessee State, and Texas Southern but ultimately decided on Sam Houston State.

“It’s been rough and all dealing with corona making it hard to see coaches,” Ward said. “Many schools couldn’t come out during the spring for spring ball to see us play but I’ve been making the best of it.”

Klein Collins had an exceptional season in 2019 as the district 15-6A champions. Klein Collins stays in the same district with the UIL realignment but they gain Tomball and Tomball Memorial whilst losing The Woodlands, Conroe, Oak Ridge, and College Park. Ward though has high expectations for his senior season.

“The goal is for us to outwork all of our opponents even if we don’t have a football season,” Ward said. “We can use this time to get bigger stronger and faster! Then, come next year will already be ready.”

Ward is the fourth commit to Sam Houston State’s 2021 class and thus the fourth Texan to commit. Washington and Ward join Red Oak defenders John Mathis and Devin Steen as they both committed at the end of April.

Ward, whenever we see him on the football field again, is going to show just why Sam Houston State fans should be beyond thrilled he’s theirs until 2025.

“Future Fans should know that I’m coming with that energy and enthusiasm and to win games and bring home a championship!”